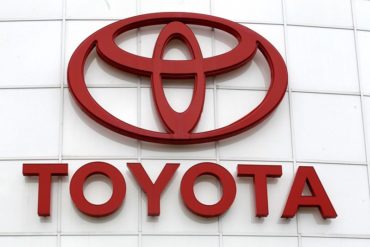 In the earlier action, if the nuts for adjusting rear wheel alignment were improperly tightened when an alignment was performed, rust could form on suspension arm threads, Toyota Canada said in a press release last week. If this occurs, and if the condition is not identified and remedied during servicing or repair under the existing remedy procedure, the threads can wear over time, causing the arm to separate. This could result in a loss of vehicle control, Toyota Canada warned.

The Associated Press reported on Aug. 12 that this is the third time Toyota Motor Corp. is recalling the 337,000 vehicles, of which 31,722 were sold in Canada.

All known owners of the involved vehicles will be notified by first class mail, Toyota Canada reported in the release. Dealers will replace both rear suspension arm assemblies with new ones at no cost to customers. In addition, an epoxy will be applied to prevent future arm adjustment during vehicle service.

Information about automotive recalls, including but not limited to the list of involved vehicles, is subject to change over time, the release said. Customers can check their vehicle’s status by visiting www.toyota.ca/recall or www.lexus.ca/recall and entering the Vehicle Identification Number (VIN). For any additional questions, customer support is also available by calling Toyota Customer Interaction Centre at 1-888-TOYOTA-8 (1-888-869-6828) or Lexus Customer Service at 1-800-26-LEXUS (1-800-265-3987).