The Toyota Research Institute (TRI) announced on Monday that it is exploring blockchain and distributed ledger technology (BC/DL) for use in the development of a “new mobility ecosystem that could accelerate development of autonomous driving technology.” 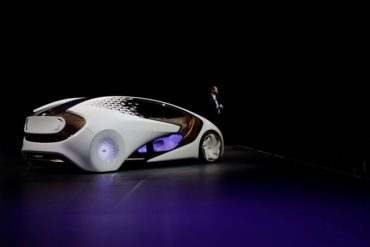 TRI is collaborating with the MIT Media Lab and other industry partners to foster a digital environment where users – both businesses and consumers – may securely share driving and autonomous vehicle testing data, manage rideshare and carshare transactions and store vehicle usage information that could be used in the setting of insurance rates.

TRI explained in a press release that blockchain technology sends information over a network of independent computers, known as a distributed ledger, intended to ensure that the transaction is secure and ownership rights over the data/property are protected. TRI believes that blockchain may create transparency and trust among users, reduce risk of fraud and reduction or elimination of transaction costs, such as fees or surcharges applied by third party institutions.

“Hundreds of billions of miles of human driving data may be needed to develop safe and reliable autonomous vehicles,” suggested Chris Ballinger, director of mobility services and chief financial officer at TRI. “Blockchains and distributed ledgers may enable pooling data from vehicle owners, fleet managers and manufacturers to shorten the time for reaching this goal, thereby bringing forward the safety, efficiency and convenience benefits of autonomous driving technology.”

Through an open-source approach to software tools, TRI is also creating a user consortium and “hopes to stimulate more rapid adoption of blockchain by other companies developing autonomous vehicles and providing mobility services,” the release said. “TRI is inviting current and future partners to collaborate on further development of BC/DL technology applications in vehicle data and services.”

The institute is working with several industry partners in addition to MIT Media Lab to develop applications and proofs of concept for three areas of the new mobility ecosystem: driving/testing data sharing, car/rideshare transactions and usage-based insurance:

“I’m excited Toyota is spearheading this initiative that uses blockchain technology to create an open platform where users can control their driving data,” said Neha Narula, director of the Digital Currency Initiative at the MIT Media Lab. “Our hope is that other industry stakeholders will join this effort to bring safe and reliable autonomous vehicles one step closer to reality.”

TRI’s partners include Berlin-based BigchainDB, which is building the data exchange for sharing driving and autonomous vehicle testing data; Oaken Innovations, based in Dallas and Toronto, is developing an application for P2P car sharing, vehicle access and payments with a newly created mobility token; Commuterz, a startup from Israel, is working with TRI on a P2P carpooling solution; Gem, from Los Angeles, is working with Toyota Insurance Management Solutions – Toyota’s joint venture telematics car insurance company – and Aioi Nissay Dowa Insurance Services on the usage-based insurance platform. Each partner has expertise in their specific market or area of research, the release added.

TRI is also working with Toyota Financial Services in the United States for development of related financial tools.

TRI and its partners announced the new research thread today at Consensus 2017, a blockchain technology summit in New York.

The institute is a wholly owned subsidiary of Toyota Motor North America under the direction of Dr. Gill Pratt. The company, established in 2015, aims to strengthen Toyota’s research structure and has four initial mandates: 1) enhance the safety of automobiles, 2) increase access to cars to those who otherwise cannot drive, 3) translate Toyota’s expertise in creating products for outdoor mobility into products for indoor mobility and 4) accelerate scientific discovery by applying techniques from artificial intelligence and machine learning. TRI is based in the U.S., with offices in Los Altos, Calif., Cambridge, Mass., and Ann Arbor, Mich.