Trans Pacific Partnership makes it “quite likely” that Canadians’ confidential data would be subject to US Patriot Act: MP

A provision in the Trans Pacific Partnership trade agreement, which Canada has signed but not ratified, makes it “quite likely” that banking information could be “accessible to American security intelligence agencies,” a federal member of parliament recently suggested. 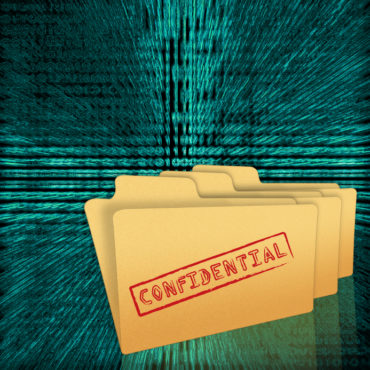 The TPP – between Canada, Australia, New Zealand, the United States, Peru, Vietnam, Brunei, Chile, Malaysia, Mexico, Japan and Singapore – was signed Feb. 4 in Auckland, New Zealand. Negotiations had concluded Oct. 5, 2015, two weeks before the Liberals were elected to a majority government in Canada.

TPP “prevents governments in TPP countries from requiring the use of local servers for data storage,” the Canadian government states on its website.

This creates a privacy issue, suggested Guy Caron, NDP MP for Rimouski-Neigette-Témiscouata-Les Basques, in the House of Commons May 12.

“Right now, Canadian data, such as banking information and confidential information, are stored on Canadian servers, which are obviously not accessible to the United States at the moment and do not fall within the scope of the USA Patriot Act,” Caron said. “However, the provision that requires these types of data to be stored on Canadian servers may be removed. It is therefore quite likely that these data could be stored on servers on American soil, where they would be accessible to American security intelligence agencies.”

Caron made his comments during discussion of a motion – tabled by Ed Fast, Conservative MP for Abbotsford, British Columbia and international trade minister before last year’s election. Among other things, Fast’s motion says “the government should declare Canada’s final position on the Trans-Pacific Partnership in time for the North American Leaders’ Summit in Ottawa on June 29, 2016.”

A vote on the motion was deferred to May 17.

“The government signed the TPP this past February to ensure that Canada would remain at the table to give the government the opportunity to continue consulting Canadians,” said David Lametti, Liberal MP for the Montreal riding of LaSalle-Émard-Verdun, on May 12. “Signing the TPP was only a first step that did not amount to ratification by our government.”

Lametti is parliamentary secretary to Minister of International Trade Chrystia Freeland. In response to Caron’s comment, Lametti suggested May 12 he has “heard the criticisms” about the TPP provision prohibiting signatories from requiring the use of local servers for data storage.

“There is a quid pro quo because a number of Canadian companies in the financial services and insurance sector have told us that the cross-border flow of data is very important,” Lametti said.

TPP was cited a major legal business risk by law firm Borden Ladner Gervais. In a report – Top 10 Legal Risks for Business in 2016 – released Jan. 11, BLG said both TPP and the Comprehensive Economic and Trade Agreement (CETA) with the European Union (comprised of 28 countries) will “affect the competitive landscape for agricultural, manufacturing and service industries” in Canada.

“I want to point out that signing the TPP was just the official start of the government’s review of the agreement,” Lametti said May 12. “The government will weigh the results of the consultations before deciding whether to ratify the TPP or not. This is a complex agreement and it takes time to conduct a thorough review. It is important and encouraging that Canadians are pressing us for more information about the repercussions that this agreement will have on Canadians in every region and every sector.”

He added that when Freeland “met with all TPP ministers on the margins of the TPP signature event in New Zealand in February, she relayed the importance that the Canadian government places on transparency and public consultations for the TPP.”

Fast’s motion, if passed, would state the House of Commons’ opinion is that the TPP “is the best opportunity to strengthen the multilateral trading system and develop rules that protect Canada’s economic interest,” among other things.

4 Comments » for Trans Pacific Partnership makes it “quite likely” that Canadians’ confidential data would be subject to US Patriot Act: MP