CALGARY – TransCanada has been granted a presidential permit from the U.S. State Department that allows it to move forward on building the long-delayed Keystone XL pipeline, the latest turn in fortunes for the controversial project. 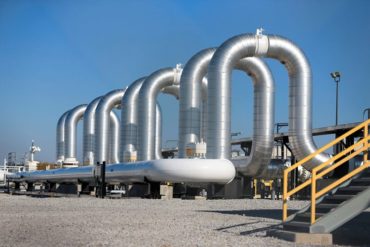 In granting the permit, the U.S. State Department said it concluded that Keystone XL, which is fiercely opposed by environmentalists concerned about its potential impact on climate change, would serve the national interest after considering a range of factors including energy security and the environment.

“This is a significant milestone for the Keystone XL project,” TransCanada CEO Russ Girling said in a statement Friday.

TransCanada (TSX:TRP) still does not have deals with all the landowners in Nebraska on the pipeline’s proposed route and it lacks a permit in that state. Protesters also promise they will try to stop the project, which would help carry Alberta crude to U.S. refineries.

The Calgary-based company said Friday it would continue to work with key stakeholders throughout Nebraska, Montana and South Dakota to obtain the necessary permits and approvals to advance this project to construction.

However, because the pipeline project crosses the Canada-U.S. border, TransCanada also required approvals from the president and U.S. State Department.

In response, TransCanada filed a challenge under Chapter 11 of the North American Free Trade Agreement, alleging the U.S. government breached its legal commitments under NAFTA. That challenge has been discontinued, TransCanada said Friday.

Donald Trump, while campaigning to be president of the U.S., had said he would reverse Obama’s decision.

“While receiving the permit is a good step forward for the project that could provide visible growth in the 2020 time frame, given the prior comments and executive orders out of the Trump administration, we believe that the receipt of the presidential permit was expected by the market,” RBC Capital Markets said in a note to clients.

“We note that KXL is not included in our valuation for the stock and if the project moves forward, we view that as upside.”

Trump signed an executive order in his first week in office that invited TransCanada to reapply for a permit and promised a decision within 60 days. The 60-day timeline in Trump’s executive order was to expire Monday.

“We greatly appreciate President Trump’s administration for reviewing and approving this important initiative and we look forward to working with them as we continue to invest in and strengthen North America’s energy infrastructure,” Girling said.

The White House said Trump was expected to make an announcement about Keystone XL later Friday.

Awarding cross-border pipeline permits is technically the domain of the Secretary of State. However, in this case, The Associated Press reported Thursday that the decision would come from Undersecretary of State Tom Shannon because his boss, former oil executive Rex Tillerson, recused himself from the decision.