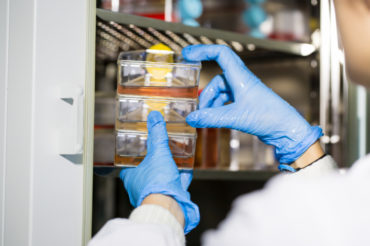 “They really drove the need for us to find an insurance solution to the risk that we expose the hospital to and that is what really drove us to establishing a captive,” Frank Naus, vice president of research for Hamilton Health Sciences, said of PHRI.

The Captives and Corporate Insurance Strategies Summit was produced by the Strategy Institute and held May 25-26 at the Sheraton Centre in Toronto.

“We created the structure so others could participate with us,” Naus said.

In the past, Naus suggested, PHRI was often covered by the liability policy of the drug companies that sponsored research.

“When we started, we didn’t think about carrying liability insurance because we were always following a protocol that was written and developed by a pharmaceutical company,” he noted. “We felt that as long as we stayed within the boundaries of that protocol, we would be covered by their liability insurance. It was only after about my fifth year working in that industry that we started to realize, well, we should probably carry insurance just in case we get pulled into one of these claims.”

There has also been “a real transition away from doing industry-funded studies to investigator-initiated trials,” Naus added. “When you work with a big pharma sponsor, you work under their liability insurance. So 10 or 15 years ago, we never thought about insuring our research-related risk because someone else was looking after it.”

One instance which has “the potential for a big claim” is a clinical trial, Naus explained, adding such claims are “very very rare.”

Studies of drugs on humans is “where the most catastrophic events can occur,” Naus noted. “You can do all the animal work and have done everything right and something can still come up once you start giving this medication to humans.”

Hamilton Health Sciences could have obtained insurance coverage “on a study-by-study basis,” Naus said, but added an application would have had to be made for each study.

“We couldn’t manage it, just the administrative side because the staff that I would have had to hire, just to stay on top of this, would have made no sense whatsoever.”