Transport Canada does not systematically consult with stakeholders like insurers on vehicle safety standards: Auditor General

Transport Canada (TC) does not develop motor vehicle safety standards to respond to emerging risks and issues in a timely manner and does not systematically consult with important stakeholders, such as insurers, according to the Auditor General of Canada’s latest report. 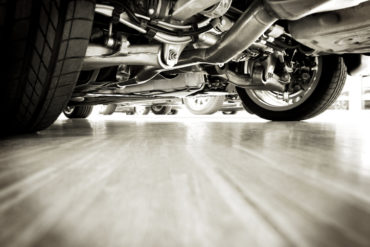 On Tuesday, Michael Ferguson, the Auditor General of Canada, released seven fall reports, including one titled Oversight of Passenger Vehicle Safety – Transport Canada. That report found that TC did not develop motor vehicle safety standards to respond to emerging risks and issues in a timely manner and “generally waited for the United States to change its motor vehicle safety standards before modifying Canadian standards.”

In addition, TC often limited consultations to the automotive industry, the Office of the Auditor General of Canada noted in the report. The department also did not maintain an up-to-date regulatory framework for passenger vehicle safety; there were lengthy delays, sometimes of more than 10 years, from the time work began on an issue to the department’s implementation of new standards of changes to existing ones.

“We found that Transport Canada had discussions with manufacturers prior to announcing its intention to implement or modify a particular regulation in the Canada Gazette, Part I,” the report said. “These consultations often went beyond technical feasibility issues, which contributed to these delays. Finally, we found that Transport Canada did not systematically consult with other important stakeholders, such as vehicle parts and equipment suppliers, insurance companies, medical associations, and police.”

Ferguson also found that TC did not have “complete [Canadian] collision and injury data” to inform its decisions and he could not always determine how the department used evidence and research to develop or amend safety standards. TC also did not obtain other relevant information, such as insurance industry statistics.

“This is important because Transport Canada needs to integrate emerging safety risks and new technologies into the regulatory framework in a timely way so that Canadians are safe on our roads,” the report said. “Our regulatory framework should not prevent Canadians from accessing new safety features that will keep them safer on our roadways. Also, it should ensure that specific Canadian safety needs are properly addressed. These needs include climate, more variable hours of daylight, road infrastructure, and differences in the vehicle fleet.”

Among the Auditor General’s seven recommendations was that TC “actively seek” input from expert stakeholders such as the insurance industry, medical associations and police and publicly disclose a summary of all stakeholder comments, including technical and other considerations, “within a reasonable time limit.”

According to the report, TC will “specifically invite comments” for certain regulatory amendments, actively seek input from expert stakeholders and publish a summary of comments received by stakeholders during its pre-consultation period. The target completion date is September 2017.