TransRe agrees to be ‘exclusive underwriting manager’ for Gen Re brokered treaty reinsurance in Canada & U.S.

“This new arrangement provides brokers and intermediaries access to Gen Re’s traditionally direct-only capacity through a new underwriting platform fully managed by TransRe,” Gen Re and TransRe stated in a release Tuesday.

General Re markets reinsurance in North America “directly to clients without involving a broker or intermediary,” its parent company, Berkshire Hathaway Inc., stated in its annual report for 2015. 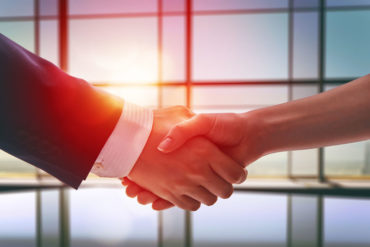 The agreement does not include facultative business.

“The facility is expected to be available for U.S. and Canadian broker market treaty business written on and after August 1, 2016, subject to applicable regulatory approvals or authorizations,” the firms stated in a press release.

Both TransRe and Gen Re have offices in Toronto. Gen Re also has a Montreal office.

“We have agreed to a first five year to show our commitment to building a successful broker portfolio together,” the companies stated. “It is our joint intent and desire that our agreement lasts well beyond these first five years.”

Gen Re’s P&C reinsurance business in North America — which is based in Stamford, Conn. — has 16 branch offices in the U.S. and Canada, Berkshire Hathaway stated earlier in its 2015 annual report.