Auto insurers whose customers were witnesses to the April 23 van attack in north Toronto could be paying accident benefits claims if those witnesses have medical evidence that they suffered psychological injury, an insurance law expert suggests. 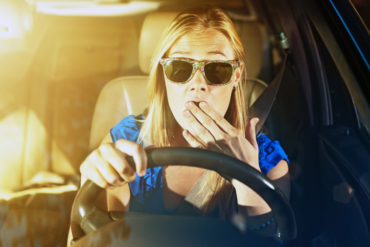 Eight women and two men were killed, and more than a dozen injured, after a rental van deliberately rammed pedestrians along Yonge St. south of Finch Avenue in the neighbourhood of Willowdale. The driver was arrested and charged with 10 counts of first degree murder and 13 counts of attempted murder.

Strigberger said Wednesday that a witness to the April 23 tragedy who suffered a loss, and is a named insured under an Ontario auto policy, could potentially argue that his or her loss was “directly” caused by “use or operation” of a motor vehicle. There would have to be a certain proximity to the accident.

It would not be enough that a claimant is simply a witness to the event, Strigberger said. Medical evidence would be necessary for a claimant to make a case that he or she had a mental injury. To claim accident benefits, the treatment would have to be “reasonable and necessary,” he noted.

“There are countless (auto accident benefits) claims that are going to emanate from this,” Eric Grossman, founding partner of Zarek Taylor Grossman Hanrahan LLP, said last week of the April 23 attack. Grossman was commenting on pedestrians who were physically injured.

In tort claims, plaintiffs claiming psychological injury do not need to prove they had a “recognizable psychiatric illness,” the Supreme Court of Canada ruled in Saadati v. Moorhead, released in 2017. The Insurance Bureau of Canada had intervener status in Saadati. The Supreme Court of Canada rejected IBC’s argument that courts should not award damages for the psychological effect of a tort unless it causes a recognizable psychiatric illness.

Plaintiffs claiming mental injury in a tort case must demonstrate that their loss is serious, prolonged and goes beyond “ordinary annoyances, anxieties and fears,” Justice Russell Brown of the Supreme Court of Canada wrote in Saadati. But he added that in a lawsuit alleging mental injury, a trial judge has the discretion to use evidence other than a psychiatric diagnosis to rule that a mental injury exists.