There is an increased risk of tired railway engineers reporting for duty if a rail operator’s “fatigue management procedures do not provide opportunities for potentially fatigued employees to remove themselves from eligibility for duty without fear of discipline,” the Transportation Safety Board of Canada warned in a recent report. 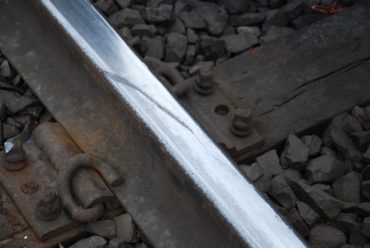 TSB released last week an investigation report into a derailment Feb. 18, 2016 in Calgary of a Canadian Pacific freight train that was travelling around a curve in a marshalling area.

“While moving at approximately 2.5 mph over a short distance within the yard, a power increase in excess of the maximum throttle position for the area was applied,’ TSB said in the report. “The investigation determined that excessive pulling force produced by the locomotives over-stretched the train as it was travelling through a curve.”

The 11th through 23rd cars of that train derailed to the inside of the curve. The train was more than 8,000 feet long and made up of two head-end locomotives, 29 loaded cars and 103 empty cars.

There were no injuries as a result of the derailment.

TSB made six findings as to causes and contributing factors.

“Specific train-handling requirements relating to the use of the locomotive throttle for the occurrence location were not followed,” TSB said in the report, adding the locomotive engineer “was likely fatigued due to poor-quality sleep in the 2 weeks prior to the occurrence and being awake for at least 23 hours at the time of the accident.”

The incident occurred shortly after 6:00 in the morning. The crew had reported for duty shortly after 10:00 p.m. the previous night. The engineer had been occupied the previous day “attending to personal commitments,” TSB said in the report, adding he “had been anticipating a call to go to work in the afternoon.”

“CP permits employees to book unfit when not sufficiently rested, provided they do so prior to receiving their call,” TSB said in the report. “In this case, the (locomotive engineer) locomotive engineer did not book unfit. At the time he accepted the call, the LE did not feel fit to report for work. However, he feared discipline if he refused duty, given that he had previously been disciplined, in the form of a temporary suspension, for pattern absenteeism. As a result, the LE accepted the call and had therefore been awake for over 23 hours at the time of the occurrence.”

TSB suggested in the report that a collective agreement between the Teamsters union and Canadian Pacific “states that employees will not be disciplined for using the unfit clause if they are unable to report for work in a rested state.”

TSB said in the report that “if railway industry fatigue management procedures do not provide opportunities for potentially fatigued employees to remove themselves from eligibility for duty without fear of discipline, there is an increased risk that fatigued employees will report for duty.”

Crew fatigue is one of 10 on TSB’s most recent watch list – released Oct. 31, 2016 – of issues in the transportation sector that TSB says need to be addressed. TSB is a separate organization from Transport Canada.

“As this occurrence demonstrates, fatigue continues to pose a risk to the safe operation of trains, particularly freight trains, which move 70% of the country’s surface goods,” TSB said in the May 31 press release.

“Since 1994, sleep-related fatigue has been identified as a contributing factor or as a risk in 23 TSB railway investigations and 19 of them involved operating crew members on freight trains,” TSB says on its watch list web page.

TSB is calling for Transport Canada to mandate “additional physical defences that ensure signals are consistently recognized and followed” because several investigations have determined that crews “did not respond appropriately to a signal indication displayed in the field.”

Many investigations, TSB says, “would have benefitted from a recording of crew communications and crew interactions that occurred immediately prior to the accident.”

TSB suggested in a release that Bill C-49 would help address the lack of mandatory recorders. In an investigation report into the fatal derailment in 2012 of a VIA Rail passenger train northeast of Hamilton, the absence of recordings from the cab “left a number of questions unanswered,” TSB said at the time. That train was travelling 67 mph in a 15 zone and had passed a “clear to slow” signal 11 seconds before the derailment, which caused the fatal injury of three crew members after the locomotive slid down an embankment, rolled over and the cab roof area was crushed.