Canada’s aviation industry should have a “comprehensive substance abuse program” that includes drug and alcohol testing of workers in safety-sensitive positions, the Transportation Safety Board of Canada recommended in a recent accident report. 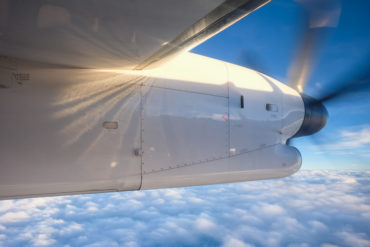 In 2015, two commercial pilots were killed in British Columbia after their cargo airplane disintegrated during a high-speed descent. The captain was discovered to have a blood alcohol level of at least 0.24%.

“At present, there is no regulated drug- and alcohol-testing requirement in place in the Canadian aviation industry,” said TSB, a separate organization from Transport Canada that investigates incidents in pipelines, railways, marine and aviation. “While current laws, regulations, standards, and guidance may be effective at mitigating some of the risks associated with substance use among pilots and others in safety-sensitive transportation functions, there continue to be occurrences in which impaired personnel were not identified, or were not prevented from operating an aircraft.”

TSB made that comment in a report released Nov. 2 into a fatal accident in British Columbia involving a Swearingen SA226-TC Metro II twin-engine turboprop operated by Carson Air Ltd.

On April 13, 2015, the Metro II began its takeoff run at 7:03 a.m. from Vancouver International Airport and was scheduled to fly to Fort St. John with stops in Prince George and Dawson Creek. Five minutes later, it disappeared from secondary surveillance radar displays while climbing through 8,700 feet. Two subsequent radar returns showed it dropped rapidly to 5,000 feet, likely within 10 to 14 seconds, TSB reported, adding “aerodynamic forces caused structural disintegration.” The wreckage was found later that day. Both pilots died.

“The aircraft descended in the direction of flight at high speed until it exceeded its structural limits,” TSB said.

TSB recommended that Transport Canada, “in collaboration with the Canadian aviation industry and employee representatives, develop and implement requirements for a comprehensive substance abuse program, including drug and alcohol testing, to reduce the risk of impairment of persons while engaged in safety‑sensitive functions.” Such requirements “should consider and balance the need to incorporate human rights principles in the Canadian Human Rights Act with the responsibility to protect public safety,” TSB said, adding that in the United States, the regulations require that flight crew and certain other aviation occupations “must be subject to drug testing under a drug testing program.”

Drug and alcohol testing in Canadian workplaces has been the subject of several court decisions.

In a divided decision released in 2013, the Supreme Court of Canada ruled against Irving Pulp & Paper Ltd., restoring a New Brunswick arbitration board decision allowing a grievance from Local 30 of the Communications, Energy and Paperworkers Union.

Irving had brought in random alcohol testing for employees in Saint John at a paper mill. Both the province’s Court of Queen’s Bench and appeal court ruled in favour of the employer but the majority of Supreme Court Canada judges hearing the union’s appeal found that Irving “had not demonstrated the requisite problems with dangerousness or increased safety concerns such as workplace alcohol use that would justify universal random testing.” Even when a workplace is dangerous, this “does not automatically give the employer the right to impose random testing unilaterally,” Justice Rosalie Silberman Abella wrote for the majority in Irving. “The dangerousness of the workplace has only justified the testing of particular employees in certain circumstances: where there are reasonable grounds to believe that the employee was impaired while on duty, where the employee was directly involved in a workplace accident or significant incident, or where the employee returns to work after treatment for substance abuse.”

But more recently, the Supreme Court of Canada ruled in favour of a different employer in Stewart v. Elk Valley Coal Corp., released June 15, 2017. Elk Valley had a “no free accident” provision in its alcohol and drug policy, meaning that “employees ‘with a dependency or addiction’ could, before the occurrence of a work-related accident, seek rehabilitation without fear of discipline of involuntary termination,” Justice Peter Michalyshyn of the Alberta Court of Queen’s Bench wrote in 2015. Elk Valley’s policy “also stated that discipline or termination could not be avoided for treatment for ‘abuse, dependency or addiction’ sought only after an accident,” Justice Michalyshyn noted in his ruling, which upheld an Alberta Human Rights Tribunal that Ian Stewart was terminated not for an addiction but due to breaching his employer’s policy.

Addiction is recognized as disability under Alberta’s Human Rights, Citizenship and Multiculturalism Act but in some cases, “a person with an addiction may be fully capable of complying with workplace rules,” Chief Justice of Canada Beverly McLachlin in Elk Valley.

Transport Canada “has issued a framework for medical standards for pilots along with guidelines for civil aviation medical examiners, pilots, and other licensed employees in safety-sensitive functions,” TSB said in Nov. 2, 2017 in its report on the 2015 accident involving Carson Air. “The framework relies significantly on self-policing by such personnel and, to a large extent, an expectation that they will voluntarily report a health issue (including a mental health issue such as drug or alcohol dependence) to their medical examiner and will remove themselves from active duty if medically unfit or impaired.”

Canadian aviation regulations and company rules “prohibit flying while impaired, but they rely heavily on self-policing,” TSB chair Kathy Fox said in a release. “What is needed is a comprehensive substance abuse program that would include mandatory testing as well as complementary initiatives such as education, employee assistance, rehabilitation and peer support.”