TSB calls for ‘oversight for all commercial fishing operations’ in Canada

An investigation into the sinking of a fishing vessel on Lake Superior “highlights several factors as to risk” in Canada’s commercial fishing industry, the Transportation Safety Board of Canada said in a recent report. 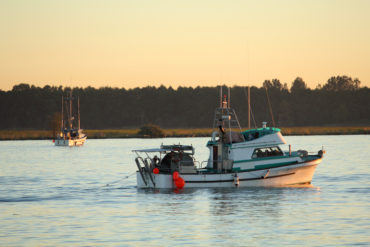 TSB released Wednesday a report into the capsizing and sinking of the Bessie E., about 80 kilometres north of Sault Ste. Marie, Ont. No one was injured in the incident but the 13.78-metre vessel “was deemed a constructive total loss,” TSB said in its report.

On Feb. 16, 2016, the Bessie E. left Mamainse Harbour with a master and four additional crew members. They retrieved some gill nets with about 1,000 kg of fish and headed pack towards the harbour. However, the wind changed direction, pushing ice into a pack in the harbour. The vessel could not get through to berth and eventually the engine temperature began to rise. The master shut the engine down and started working on the engine.

Later the vessel drifted close to shore, outside the harbour, and struck bottom after the engine was started. It rolled and all crew managed to jump ashore from the vessel. It then capsized and the crew members walked to a fish processing plant on the mainland.

TSB made eight findings as to cause and contributing factors.

“The engine shut down as the rolling of the vessel in the prevailing seas most likely disturbed sediment in the fuel tanks,” TSB said. “The sediment then clogged the fuel filters and resulted in a restriction of the fuel supply to the engine.”

The crew were members of the Batchewana First Nation Band, whose department of natural resource had fishing safety rules in place “that were mostly modelled” after Transport Canada regulations.

But TSB determined “there have never been any actions taken by federal authorities to ensure compliance with the applicable regulations for vessels fishing under that Band’s permit because previous attempts to do so were not well received by the Band.”

Commercial fishing safety is one of 10 issues on TSB’s watch list, released Oct. 31, 2016. The issues on the watch list are ones that TSB says “need to be addressed” in aviation, railways and marine. TSB also investigates pipeline incidents but no issues specific to the pipeline industry are on the current watch list.

The Bessie E. had an emergency position indicating radio beacon but no signal was received by the Royal Canadian Air Force’s Joint Rescue Co-ordination Centre, TSB said in its investigation report.

“The investigation highlights several factors as to risk in the areas of safety oversight and promotion in the commercial fishing vessel industry,” TSB said in a press release June 21, 2017. “It could not be determined whether the master held any marine certificates required by regulation, and there were several regulatory safety deficiencies found on the vessel. If there is no oversight for all commercial fishing operations to ensure regulatory compliance, there is a risk that safety deficiencies will not be detected within those fishing operations.”