A 17-year-old years recommendation to improve the quality of decision-making on the part of Canadian pilots has not been advanced far enough to reduce aviation risk, the Transportation Safety Board of Canada recently suggested. 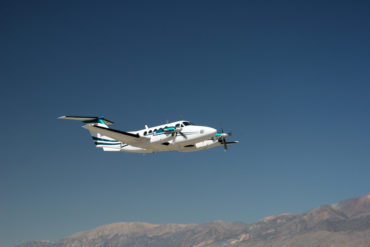 On May 18, 1998, a single-engine turboprop was destroyed after it made a forced landing in a bog after an engine failed over Newfoundland. Three were seriously injured.

In its report on the accident, released March 24, 2000, TSB recommended that Transport Canada “improve the quality of pilot decision making in commercial air operations through appropriate training standards for crew members.”

That recommendation had a rating of “satisfactory intent,” as of March, 2017, meaning that Transport Canada’s “planned action, when fully implemented, will substantially reduce or eliminate the safety deficiency,” but that the proposed action “has not been sufficiently advanced to reduce the risks to transportation safety.”

TSB noted in January, 2017 that Transport Canada “proposes to go beyond the scope of the recommendation” and that a Notice of Proposed Amendment for crew resource management was posted to the Canadian Aviation Regulation Advisory Council Activity Reporting System in May 2017.

“The new CRM Standard will be published in May/June 2017, together with guidance material for industry in the form of an Advisory Circular being published at the same time,” TSB says on its website, adding that industry stakeholders will be briefed before publication.

But until new crew resource management systems are “fully implemented,” the risks associated with the safety deficiency identified in 2000 will remain, TSB suggested.

The accident that occurred in 1998 was on a scheduled flight of a Pilatus PC-12, a single-engine turboprop, that took off from St. John’s with an intended destination of Goose Bay, Labrador. On board were the pilot, a company observer and eight passengers.

The airplane displayed a “lower-than-normal oil pressure gauge reading, followed quickly by a ‘low oil pressure’ flashing caution light, and then a flashing warning light,” TSB said in its report. “These progressive indications were designed to alert the pilot to the worsening situation” and to “trigger” the decision to land as soon as possible. But the pilot initially “believed that what he was experiencing was an indication problem and, consequently, he did not follow the direction of ‘Land as soon as possible’ called for,” TSB suggested in the report.

TSB noted in its report that there is “no regulatory requirement” for pilots on single-engine instrument flight rules operations to received pilot decision-making training.

In a position paper released in December, 1993, Transport Canada “concluded that the proven reliability of modern turbine engines installed in modern, factory-built, turbine-powered airframes with modern avionics made SEIFR feasible and that the risks inherent in such a policy were manageable,” TSB said in the report.