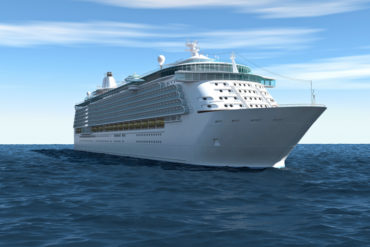 On June 29, 2016, a Halifax-based sightseeing vessel with 39 people on board crossed the bow of a larger vessel, coming within 25 metres of a 227-metre long cruise ship, noted TSB, a separate organization from Transport Canada that investigates incidents in aviation, pipelines, railways and marine.

The Grandeur of the Seas, which is registered in the Bahamas and sales out of Baltimore, was approaching Halifax from the south on June 29, 2016.  The 4.78 metre-long Summer’s Bay was moving south from Halifax on a sightseeing cruise.

The Summer’s Bay did not carry an automatic identification system, “a tracking system that can be used to identify other vessels and assist in collision avoidance by giving the operator the other vessel’s course, speed, and closest point of approach,” TSB said in the report.

The echo that the Summer’s Bay picked up on its starboard side was a false echo, TSB reported.

“If a large target suddenly appears, navigators must ensure that it is, in fact, a target, and plot its course relative to their own,” TSB said in the report. “This may require slowing the vessel down or stopping, adjusting the gain and anti-clutter controls, plotting (either manually or electronically on the radar) the other target(s), or all of the above.”

The company operating the Summer’s Bay, Murphy’s the Cable Wharf, had no standard operating procedures “or other documented risk mitigation strategies or procedures for operating vessels in low‑visibility conditions,” TSB said in the report. “The decision of whether or not to launch under those conditions was left to individual masters; no objective limits or thresholds regarding visibility were provided by the company to guide its decision making.”

Safety management oversight is one of 10 issues on TSB’s watch list released Oct. 31, 2016.

TSB has been warning that not all commercial aviation and marine operators are required by regulation to have an SMS.

“Recent investigations have found companies that have not managed their safety risks effectively, either because they were not required to have an SMS or because their SMS was not implemented effectively,” TSB says on its watch list page.

In 2016, Murphy’s the Cable Wharf had a safety management system in place, though it was “not required by regulation” and “had not been audited by an outside entity,” TSB said in its report released Sept. 14, 2017 into the Summer’s Bay incident.

Murphy’s the Cable Wharf has since developed SOPs for vessel masters in reduced‑visibility conditions, TSB added.

A vessel operator’s SMS “must be thorough in accounting for all operating conditions that pose a risk to operators, such as operating in low visibility conditions,” TSB said in the report. “It is also important for an SMS to be audited by an external party.”

TSB recommended in 2004 that Transport Canada “take steps to ensure that small passenger vessel enterprises have a safety management system.” TSB made that recommendation in a report on a fatal accident in 2002, when the Lady Duck amphibious sightseeing vehicle sank in the Ottawa River near Hull, Que. Four passengers who drowned had become trapped under a fabric awning.

In its annual report to Parliament released July 20, 2017, TSB warned there has “been only limited progress” on expanding the application of safety management systems “to a broader range of companies.”

TSB said at the time that “numerous investigations have found companies that have not managed their safety risks, either because they were not required to have an SMS or because their SMS was not implemented effectively.”