The Transportation Safety Board of Canada reiterated Tuesday a warning that airplane passengers and crew are at risk of injury because not all Code 4 runways at Canadian airports have a 300-metre runway end safety area. 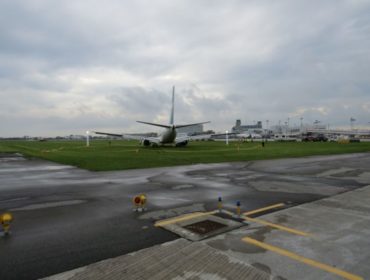 Figure 1. C-GWCT after coming to a stop. Credit: Transportation Safety Board of Canada.

TSB – a separate organization from Transport Canada that investigates incidents and accidents in marine, railway, pipelines and aviation – released May 16 a report involving a Boeing 737 landing at Montreal Dorval airport in 2015.

On June 5 of that year, a WestJet airplane enroute from Toronto touched down in heavy rain showers about 2,550 feet beyond the threshold of a runway at Pierre Elliott Trudeau International Airport. The 737 “did not stop before reaching the end of the runway,” TSB said in its report. “The aircraft departed the paved surface at a ground speed of approximately 39 knots and came to rest on the grass, approximately 200 feet past the end of the runway.”

None of the 107 passengers or five crew members were injured.

TSB recommended in early 2007 that Transport Canada “require all Code 4 runways to have a 300 m runway end safety area (RESA) or a means of stopping aircraft that provides an equivalent level of safety.” That recommendation has not been implemented. TSB notes on its website that public consulations were started in 2016 and the transport department “expects to complete the analysis and determine the regulatory scope and timelines by June 2017.”

The mandatory 300-metre RESA recommendation was made in 2007 in a TSB report on an accident two years earlier. In August, 2005 an Air France Airbus A340 landed about 3,800 feet beyond the threshold of a 9,000 foot runway at Toronto International. The airplane continued at 80 knots past the end of the runway, knocking down a guard rail and stopping on the east side of Etobicoke Creek. The upper portion of the fuselage was consumed by fire and 10 passengers plus two crew members were seriously injured.

The Air France crew “missed cues that should have warranted a review” of their decision not to pull up and go around, TSB suggested in its report released Dec. 12, 2007.

The runway at Lester B. Pearson International Airport “looked like a lake,” TSB said of the 2005 Air France accident, adding that the airplane “deviated above the glide path” and visibility was close to nil near the threshold.

In its report released May 16, 2017 on the WestJet incident in Montreal, TSB made six findings as to causes and contributing factors.

“The knowledge that precipitation was intensifying at the airport did not prompt the crew to expect that the runway could be contaminated rather than just wet, and, as a result, they continued to expect good braking performance on a wet runway,” TSB said in the report.

“The crew calculated an inaccurate target approach speed and crossed the threshold 15 knots faster than recommended. Combined with a tailwind and a slightly high flare, this resulted in the aircraft touching down beyond the normal touchdown zone, thus reducing the amount of runway available for stopping.”

Since then, WestJet has been discussing speedbrake stowage above 80 knots and braking performance on wet runways, TSB suggested in the eport, adding that WestJet’s flight safety annual ground school now includes a review of the incident March 2015 in Montreal and overrun characteristics, among other things.

Runway overruns is one of 10 issues on TBS’s watch list published Oct. 31, 2016. None of the issues pertain to pipelines specifically, while four pertain to rail, one pertains to maritime, two pertain to mutlimodal and three pertain to aviation.

The other two aviation watch list issues are unstable approaches and risk of collisions on runways.

In its annual report to Parliament released July 20, 2016, TSB suggested that Transport Canada “could take a more proactive role to encourage industry to improve procedures and adopt enhanced collision-warning systems.”

On March 11, 2013, TSB reported that an Air Canada Embraer EMB 190 – with 67 passengers and five crew – missed a van by 35 feet. The van had been left unattended with the engine running, and in drive, near a gate at Toronto International Airport. The van then moved on its own power to an active runway.

South of the border, in 1983, the driver of a snow sweeper at Joe Foss Field in South Dakota was killed after a DC-9 hit the vehicle while landing. Nine years earlier, 10 passengers of a DC-9 were killed after the airplane was attempting to take off in fog in Chicago when it collided with a second airplane taxiing across the runway. In 1977, 582 were killed after two 747s collided on a runway at Tenerife Airport in the Canary Islands.