The Transportation Safety Board of Canada (TSB) has reiterated its call for expanded requirements for the use of cockpit voice recorders and flight data recorders following the Kelowna, B.C. accident that claimed the life of former Alberta Premier Jim Prentice and three others. 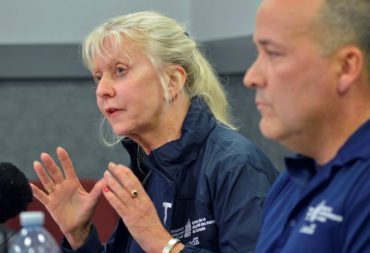 At 9:32 p.m. on Oct. 13, a Cessna Citation aircraft departed Kelowna destined for Calgary/Springbank Airport with one pilot and three passengers on board, TSB said in a statement on Oct. 15. Approximately 11 kilometres north of Kelowna Airport at 9:40 p.m., the aircraft struck terrain, fatally injuring all on board.

“The aircraft was destroyed from high deceleration forces after a vertical descent,” the statement said. “There were no emergency or distress calls made. No emergency locator transmitter signal was received.”

The TSB noted that the privately-operated Cessna Citation aircraft was not equipped with, nor was it required to carry, a cockpit voice recorder (CVR) or a flight data recorder (FDR). The TSB team will be reviewing any electronic components on the aircraft from which they can retrieve data to help understand the flight profile.

On Monday, TSB reiterated its call for expanded requirements for the use of CVRs and FDRs, saying that the absence of either recorders “will make this investigation particularly challenging.” In Canada, only multi-engine, turbine-powered commercial aircraft flown by two pilots and carrying six or more passengers are required to carry a CVR on board.

“In Canada, Transport Canada requires medium and large commercial aircraft to be equipped with onboard flight recorders, but there are still no requirements for such recorders on smaller aircraft,” said Kathy Fox, chair of the TSB, in a press release on Monday. “As early as 1991, the board made a recommendation calling for the upgrade of flight recorder requirements. This latest accident is another reminder of how important these recorders are. If we are to get to the underlying causes of these tragic accidents, Transport Canada and the aviation industry need to take immediate action to address this outstanding safety issue.”

Following the 1991 investigation, the board recommended that Transport Canada “expedite legislation for upgrading the flight recorder requirements for Canadian-registered aircraft.”

More recently, in 2013, the TSB recommended that Transport Canada “work with industry to remove obstacles to and develop recommended practices for the implementation of flight data monitoring and the installation of lightweight flight recording systems by commercial operators not currently required to carry these systems.”

Said Fox: “The TSB urges the industry and private corporate aircraft owners to take advantage of the new, low-cost flight recording technology to advance safety in their operations.”

Last month, the TSB also called for the implementation of voice and video recorders on locomotives in Canada. “The need for on-board voice and video recorders has been on the TSB Watchlist since 2012,” Fox said in a press release on Sept. 19. “In addition to providing important information to TSB investigations, data from these recordings, used in the context of a proactive, non-punitive safety management system, will be invaluable to help railways identify and mitigate risks before accidents occur.”