The federal agency responsible for investigating boating accidents reiterated this week a warning that many small fishing vessels are permitted to operate in cold waters without anti-exposure worksuits or survival suits. 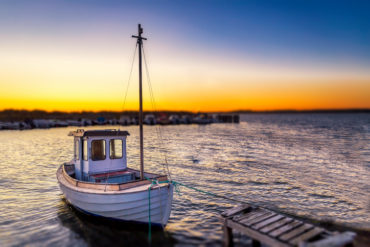 In March, 2016, the Transportation Safety Board of Canada noted that the federal government was proposing to change the Small Fishing Vessels Inspection Regulations to require immersion suits for fishing vessels on unlimited voyages. TSB suggested at the time that proposed changes would also mandate immersion suits for vessels more than 12 metres of length operating within 25 nautical miles from shore, if the water temperature is less than 15 degrees Celsius.

But vessels operating within two nautical miles from shore would have a choice of carrying either liferafts or recovery boat, or immersion suits or anti-exposure work suits for each person on board, if the water temperature is colder than 15 degrees.

A recommendation made in 1993 – that federal law require the carriage of anti-exposure worksuits or survival suits by all fishermen – “is still active,” TSB said March 22, 2017 in a tweet.

The recommendation to change the Small Fishing Vessel Safety Regulations such that “carriage of anti-exposure worksuits or survival suits by fishermen” is mandatory was made in an investigation report into a fatal accident of the Straits Pride II fishing vessel, which left St. John’s, Newfoundland harbour Dec. 17, 1990.

On Dec. 17, 1990 a chain attached to the port paravane of the Straits Pride II broke under stress under high winds and rough sea conditions. It listed to starboard, water accumulated on the deck and it eventually capsized. Three of the six crew members were able to board the liferaft. The other three died – two from hypothermia and one from drowning associated with hypothermia. The three who died were not able to board the liferaft because it blew away from them.

The Straits Pride II had no anti-exposure worksuits or survival suits and was not required by law at the time to have them.

“Small fishing vessels not more than 12 metres in length represent about 70% of all fishing vessels registered in Canada, and many of them operate closer to shore,” TSB said in March, 2016. Under amendments proposed to the Small Fishing Vessel Safety Regulations, “these vessels operating within 2 nautical miles from shore may carry either a recovery boat or written procedures for protecting persons from hypothermia or cold water shock. When operating up to 25 miles from shore, they may carry lift rafts or a combination of life rafts and recovery boats.”

But if crew members end up in the water after an accident, “it is unclear how the risks would be reduced if there are no available life-saving appliances,” TSB said at the time.

Commercial fishing safety is on TSB’s watch list, issued Oct. 31, 2016. The watch list is comprised of safety issues that TSB says need to be addressed.

“Several recent investigations into fatal accidents have found a range of safety deficiencies-vessel stability, crew training, unsafe operating practices, emergency preparedness, and carriage of immersion suits and emergency position-indicating radio beacons (EPIRBs)-that once addressed would reduce those risks,” TSB says on its watch list page. “Many of the causal and contributory factors in an accident are systemic problems that need systemic solutions.”

Another issue on the watch list is safety management systems. Although railway and pipeline operators must have SMSs, not all companies in the aviation and marine industries are required to have SMSs.

“Numerous recent investigations have found companies that have not managed their safety risks effectively, either because they were not required to have an SMS or because their SMS was not implemented effectively,” TSB said in October, 2016.

In 2004, TSB recommended – in an investigation into a fatal accident involving an amphibious passenger vehicle – Transport Canada “take steps to ensure that small passenger vessel enterprises have a safety management system.”

“The regulatory framework that applied to the Lady Duck did not adequately address the risk involved in the vehicle’s operation, in that the Lady Duck was not subject to construction requirements, did not require a qualified operator, and the company was not required to have a safety management structure in place,” TSB said in 2004.