Twenty more years of low interest rates? What that and a recession will mean for Canadian P&C insurers

If P&C insurers are looking to use their investment returns to offset inadequate pricing strategies, Swiss Re has a chilling prediction for them – low interest rates could be with us for another 20 years or longer.

Jerome Jean Haegeli, group chief economist and managing director of Swiss Re, painted a grim picture for the future of interest rates at the National Insurance Conference of Canada (NICC) in Montreal last week. Canadian Underwriter caught up with Haegeli at the conference to learn more about his predictions. 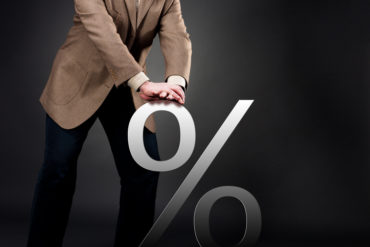 “Interest rate levels are likely to remain extremely subdued for a long, long, long time,” Haegeli said in an interview at the NICC. “If you look at our latest forecast from Swiss Re, the 10-year forecast is 1.6% for end of this year, and at the end of next year about 2%.

“Lower interest rates in the long run bears the question: What does the insurance company do? We looked at the case of Japan. On the one hand, for P&C it means more underwriting discipline, which could be a good thing. But there is only so much you can do.

“On the second hand, if you look at the experience of Japan, it’s quite interesting that Japanese insurance companies have increased their exposure to illiquid assets quite a lot, and also their exposure to foreign markets. If this is going to repeated in the Canadian P&C, we really have to see.”

Examples of illiquid assets would include real estate, stocks with low trading volume, or collectibles. Although illiquid assets still have value, and sometimes very high value, they are difficult to sell.

Haegeli picked the Japan example because the country has had a zero-interest-rate policy for the past 20 years. Under this policy, the governing central bank can no longer reduce interest rates, rendering conventional monetary policy ineffective. Instead, unconventional monetary policy such as quantitative easing is employed; in quantitative easing, a central bank purchases government securities or other securities from the market in order to increase the money supply and encourage lending and investment.

“We have to be realistic enough that some of the forces that drove the Japan rates to below demographics [e.g. average statistical norms] are also playing out in the global economy,” Haegeli told Canadian Underwriter. “That keeps rates lower for longer. I wouldn’t be surprised to see in 20 years’ time that we are going to have 40 years of Bank of Japan zero-rate policy, and that’s a backdrop that is not favourable for interest rate increases.”

Also worth watching is a coming recession, which is typically defined as a decline in gross domestic product (GDP) for two or more consecutive quarters. Heageli said Germany is already undergoing a recession, and he predicted there is a 35% chance that the United States is headed in that direction as well. If the U.S. falls into recession, then Canada would, too.

However, while a recession would not be good for Canada’s P&C industry, it would not necessarily be bad either, Haegeli said. It all depends on what happens to the rate of inflation, defined as an increase in the cost of living due to a sustained increase in the general price level of goods.

“A recession scenario meaning lower growth and lower inflation is not a bad scenario for P&C,” he said. “If you go into recession, if the inflation is lower, or at least remains low, that is a supportive backdrop, actually, for the P&C industry, because we don’t want to see claims inflation.” Assuming Cat losses play out on average, he added, “the P&C industry should be doing quite well benefiting from claims dis-inflation and that leading to reserve releases.”

But if recession leads to a low-growth, high-inflation scenario, then the P&C industry should be worried, he said.

“A really bad scenario is that the U.S. will go into recession, Canada will follow, and it gets out of the recession, and then we are left with a stagflationary environment – low growth and high inflation. That’s a scenario I worry about for the P&C insurance industry.

Overall, Canadian P&C insurers have been posting significant premium growth, despite all of the various market challenges. The industry in 2018 had a premium growth rate of just over 7% from year-to-year — well above the five-year average of a 4.3% growth rate, Haegeli said. Assuming Cat losses continue to trend at between $1 billion and $2 billion, Swiss Re’s forecast for premium growth in 2019 is about 5.4%.


1 Comment » for Twenty more years of low interest rates? What that and a recession will mean for Canadian P&C insurers