EMS responded to reports of the crash near the Cu Nim Gliding Club, east of Black Diamond, Alta., shortly before 4 p.m. Friday.

Two people who were in the glider were pronounced dead at the scene. 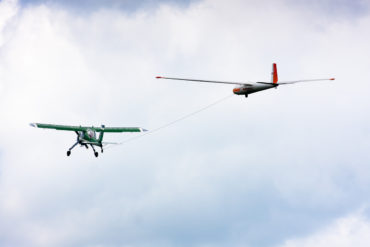 “The tow plane did not crash; the glider did,” she said. “I can confirm it’s a fatality but I am unable to confirm how many people in the glider.”

Scott said RCMP will secure the scene until Transportation Safety Board investigators arrive on Saturday morning.

The TSB said in a statement that they will gather information and assess what happened when a Cessna 182 and Schlicher ASK21 glider collided near Black Diamond.

Black Diamond is about 65 kilometres southwest of Calgary.