Oren Schemool, head of financial lines underwriting with the company, said that over the past year, the industry has encountered cyber claims that are involving directors and officers for their cyber business decisions. As well, the plaintiff bar in Canada has become much more sophisticated in launching class action, breach of fiduciary duty or even employment-related claims that could be picked up by a D&O policy.

The cyber claims involve scenarios such as those arguing that directors and officers should have provided better protection for their companies, for example. Or that the D&Os should have paid a ransom demand to avoid higher costs and, by not doing so, they made a bad business decision. This leads to situations where a director or officer could become involved in a D&O claim even though the initial factor behind the claim was cyber.

“There are claims being defended right now on that basis,” Schemool told Canadian Underwriter. “Cyber is a very dynamic coverage and it’s affected the property market and some liability [lines].” 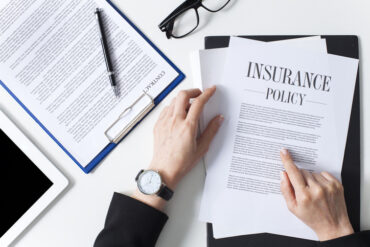 The second emerging trend revolves around social inflation. Schemool said that the plaintiff bar in Canada has become much more sophisticated in launching claims for both class action or breach of fiduciary duty lawsuits, or even employment-related claims, the latter of which the “majority of D&O policies still cover.”

Plaintiff lawyers are now becoming more familiar with D&O coverage and policy wordings, and may be able to take advantage of any gaps in these policies to have a claim covered.

“With the increased sophistication of plaintiff lawyers, as insurers, we’ve upped the level of defence counsel for ourselves, for the defendants,” Schemool added.

But he noted that just because there’s a claim, it doesn’t necessarily mean the defendant did anything wrong. “There’s a lot of claims out there where the defendant followed every [procedure] they are supposed to, and the plaintiff is still upset and seeking recourse,” Schemool said in an interview.

The D&O market is one of many commercial lines in a hard market. Schemool estimated that the line of business had soft market conditions for about 15 years — between about 2004 to 2019. There was a lot of capacity in the market, many insurers were writing D&O and rates were continuously going down.

Then, losses started to mount. Insurers continued writing the line. Eventually, some markets stopped writing D&O completely, or focused instead on renewals.

“We’re into our second year of turning things around in the D&O industry in Canada, and I would argue, worldwide,” Schemool said. “If new capital comes in and people start writing D&O again, competition will increase and could cause a reduction in premiums.

“At this point, I think everyone is in a state of adjustment and I could see that going on at least for another year, if not longer.”