The combination of an unfriendly environment and “misguided provincial government policies” have contributed to the Insurance Corporation of British Columbia’s (ICBC) dismal financial performance, the Fraser Institute said in a new report.

The report, titled The Decline and Fall of ICBC and released on April 5, said that the unfavourable environment arises from a higher frequency and a greater severity of claims. “Higher costs resulting from more vehicles on provincial roads and greater congestion are largely beyond ICBC’s control,” the report’s executive summary noted. 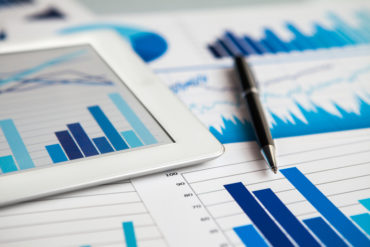 “Some cost pressures, however, may be controllable,” wrote John Chant, senior fellow at the Fraser Institute and the report’s author. “Reduced enforcement may have increased the frequency of accidents, while ICBC’s procedures for assessing property damage claims may have raised the cost of those claims.”

According to Chant, who is also professor emeritus of economics at Simon Fraser University, the current B.C. government recently acknowledged that ICBC was facing a $1.3 billion loss this fiscal year. Last year, it lost $889 million. The report said that total claims increased 61% between 2012 and 2017, and the average cost per policy jumped 40% over the same period. “In the absence of cost containment measures, double-digit rate increases for basic insurance were required to offset the shortfalls,” Chant said in a press release.

Canadian Underwriter asked the government monopoly auto insurer for comment on what was inaccurate in the report, as well as what could be misleading or inaccurate. ICBC provided a statement last week indicating that “the B.C. government and ICBC continues to focus on the urgent task of pursuing significant reforms to our vehicle insurance system.”

ICBC spokesperson Joanna Linsangan said that the changes recently announced – increasing accident benefits and limiting pain and suffering payouts for minor injury claims, which take effect April 1, 2019 – are “intended to make ICBC financial sustainable and are the first critical steps to allow us to keep rates affordable for years to come.”

But Chant wrote in the report that the provincial government’s “rate smoothing mandate” has harmed ICBC’s basic business: mandatory auto coverage. “Without this requirement, ICBC could have raises rates to reflect the increasing costs and, in doing so, preserved its finances. Customers would not have welcomed these rate increases, but they would have saved ICBC from having to make much larger increases in the future.”

The report pointed out that ICBC differs from private insurers “in one important respect:” private insurers can and do fail without substantial impact on the auto insurance market because other insurers can move in to take over their businesses. “Were ICBC to fail, it would be much more damaging because of its size (its annual premiums total over $5 billion) and because it is the only supplier of compulsory (basic) insurance in British Columbia.”

Linsangan noted that public auto insurance ensures that all provincial have the same minimum amount of insurance and insurance benefits, “which protects them as well as all other road users.” As well, the province’s estimated uninsured rate is less than 1% – much lower than other jurisdictions in North America, with rates ranging from 4-20%.

“Our public system also enables enhanced security by enabling the linking of licence plates and decals to a customer’s basic insurance policy,” she said. “This enhancement is unique to only a few jurisdictions in North America and one of the main reasons we have such a low uninsured rate compared to other jurisdictions.”