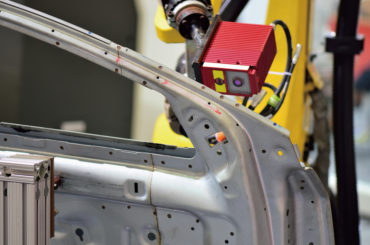 “The industry is being challenged by elevated auto loss ratio across the country, including Ontario,” Baker said. “While Ontario isn’t the worst behaved jurisdiction, the loss ratio remains too high for comfort.”

“The myriad of technology and sensors embedded in vehicles these days makes repairs very expensive,” he said, adding that repairs take longer and are costlier. For example, a mirror that used to cost $200 to repair could now cost $1,500.

Last week, the Financial Services Commission of Ontario (FSCO) released its auto insurance rates for the fourth quarter of 2017. Rates approved or ordered by FSCO increased on average by 1.03% when applied across the total market, the regulator reported, noting that 17 insurers representing approximately 40% of the market based on premium volume had rates approved.

This rate increase compares to a decrease of 0.1% on average for the third quarter of 2017.

With the fourth quarter results, this amounts to a nearly 5.5% average decrease in rates since 2013, when the provincial government promised an average decrease of 15% by August 2015, the Canadian Press reported last week. The new rate filings “underscore the need for structural reforms to the auto insurance system in this province,” Ontario Finance Minister Charles Sousa is quoted as saying.

Insurance Bureau of Canada (IBC) CEO Don Forgeron echoed that sentiment last April at IBC’s Financial Affairs Symposium when he said that David Marshall’s review of Ontario auto is “probably the best description we have to date of what is wrong” with the system.

“Paraphrased, the system is not about making people well,” Forgeron said of the Marshall report. “It’s about making stakeholders wealthy and that’s what’s wrong with the system. There are perverse incentives built into the system that creates a focus not where it ought to be.”

More News
Related
Adjusters wonder how to verify ridesharing driver hours
Why are electronic pink slips being held up in Ontario?
How red tape is bringing telematics to a standstill
How Aviva will cover Lyft in Canada