A new survey out of the United Kingdom indicates that over the last year, the value of Financial Conduct Authority (FCA) fines against individuals has more than doubled while, for companies, the value has dropped 37%. 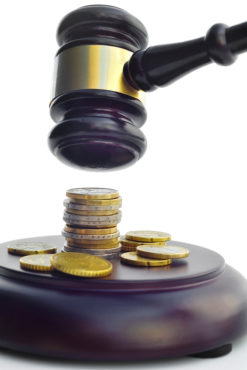 Overall, the FCA imposed fines amounting to £898 million in 2015-2016 compared with a record £1.41 billion in 2014-2015, a decrease of 36%, shows research carried out by Clyde & Co., a global law firm with sector expertise, commercial attitude and in-depth regional understanding.

“The reason for the sharp drop in the value of fines may be because the fallout from major banking scandals is now drawing to an end,” notes a statement Monday from Clyde & Co. “2014-2015’s total was bolstered by a number of large fines because of the investigations into whether foreign-exchange and Libor benchmarks were rigged,” Clyde & Co. reports, pointing out that several financial institutions each received fines of more than £200 million “for failing to take reasonable care to organize and control their affairs responsibly and effectively with adequate risk management systems in relation to FX voice trading.”

“The big ticket fines from the recent banking scandals look to have dried up, but other cases may be in the pipeline,” notes John Whittaker, a partner at Clyde & Co. “The record fine handed out to a company this financial year shows that the regulator still has teeth and is not afraid of breaking records in order to punishing businesses that operate outside of the rules,” Whittaker adds.

“Although it is difficult to draw firm conclusions from just three years of statistics, it does suggest that the regulator now appears to be turning its focus towards individuals,” says Whittaker.

“This is supported by recent regulatory changes which are aimed at holding individuals to account for any behaviour that strays outside of the regulator’s rule book,” he says of new rules that took effect in March. While the requirements currently apply to banks, building societies credit unions and insurers, they are expected to be extended across the entire financial services sector by 2018.

The U.K.’s Senior Managers Regime has placed the onus on senior managers and key non-executive directors to take responsibility for their own actions and those of their staff, the statement notes. Beyond fines or bans from industry, “there is also a parallel criminal offence of recklessly mismanaging a financial institution that fails,” it adds.

Clyde & Co says reports the number of FCA fines is now evenly split between companies and individuals, with 17 apiece for 2015-2016. “In previous years fines against companies have always outweighed those against individuals,” the statement notes.

“Companies will be hoping that the new rules help to ensure employees play by the book but are not put off from taking calculated risks in order to boost profits,” Whittaker comments.