Commercial insurance prices in the United States were nearly flat during the second quarter of 2016, according to the most recent Commercial Lines Insurance Pricing Survey (CLIPS), released on Monday. 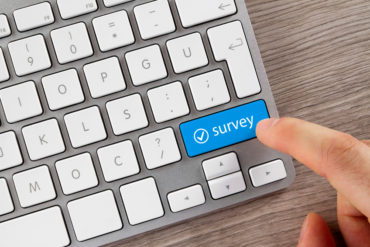 Willis Towers Watson (WTW), a global advisory, broking and solutions company, conducted the survey, which compared prices charged on policies underwritten during the second quarter of 2016 to those charged for the same coverage during the equivalent quarter last year. Data were contributed by 41 participating insurers representing approximately 20% of the U.S. commercial insurance market (excluding state workers compensation funds).

Prices, in aggregate, increased by less than 1%, with “markedly different behaviour by line of business,” WTW said in a press release.

For most commercial lines, price changes were comparable with those reported in the first quarter. Also consistent with the previous quarter, three lines (workers compensation, commercial property and directors and officers) reported price decreases. Conversely, “meaningful price increases” were once again reported for commercial auto.

Most other lines generally showed decelerating price increases in the low single digits, WTW reported. As well, for the seventh consecutive quarter, price increases were small in aggregate for both large accounts and the middle market. Like prior quarters, price changes for small accounts were small.

“The CLIPS results continue to highlight the different realities of the commercial market,” said Alejandra Nolibos, director in WTW’s Americas Property & Casualty Insurance practice. “Yes, the overall result is a modest increase in prices. But that simple measure masks opposing and persistent trends by line worth paying attention to.”

CLIPS data are based on both new and renewal business figures obtained directly from carriers underwriting the business, WTW explained in the release. CLIPS participants represent a cross section of U.S. property & casualty insurers that includes many of the top 10 commercial lines companies and the top 25 insurance groups in the U.S.

As mentioned, the most recent results were similar to the CLIPS data for the first quarter of 2016, which showed that U.S. commercial insurance prices increased modestly in aggregate – less than 1% – during the quarter, continuing a three-year trend of smaller increases. Prices for commercial auto reported the largest increase of all lines and three lines of business – workers compensation, commercial property, and D&O liability – continued to report modest price decreases. Most other lines reported price changes in the low single digits. Large and mid-market accounts continued to experience an ongoing trend of mostly flat increases, as small accounts moderated to levels consistent with these larger accounts.