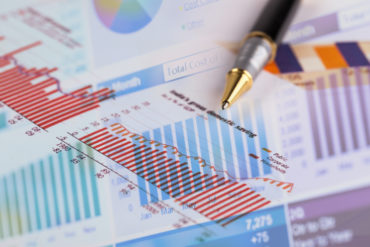 For the eight quarter in a row, price changes were less than 1%, according to information from WTW’s latest Commercial Lines Insurance Pricing Survey (CLIPS).

The survey compared prices charged on policies written during the second quarter of 2017 with those charged for the same coverage during the equivalent quarter in 2016. Price changes reported by carriers averaged less than 1% for the eighth consecutive quarter, following a moderating trend in price increases that began in the first quarter of 2013.

A press release from WTW noted that CLIPS data are based on both new and renewal business figures obtained directly from carriers underwriting the business. CLIPS participants represent a cross section of U.S. property & casualty insurers that includes many of the top 10 commercial lines companies and the top 25 insurance groups in the U.S., WTW reported. For the most recent survey, data were contributed by 40 participating insurers, representing approximately 20% of the U.S. commercial insurance market (excluding state workers compensation funds).

Overall, the survey found that price changes in Q2 2017 for most lines of business were fairly consistent with changes reported in the first quarter. Data for three lines (workers compensation, commercial property, and directors and officers liability) indicated modest price decreases.

“The outlier in the survey results continues to be commercial auto, where meaningful price increases were again reported and appear to be accelerating,” the release said. For most other lines, price changes fell in the low single digits. Price changes were slightly positive for small accounts, and flat for mid-market and large accounts.

“Through the first half of 2017, preliminary data show only a modest deterioration in P&C commercial insurers’ loss ratios of less than 1%, driven by benign estimates of claim cost inflation,” said Pierre Laurin, WTW’s Americas property & sasualty sales and practice leader for insurance consulting and technology. “However, insurers are bracing for a significant volume of complex commercial property claims, as well as significant business interruption, commercial auto and multiple peril activity stemming from Harvey-related losses.”