U.S. inland marine industry one of the “most profitable and consistent” lines: A.M. Best

The inland marine insurance industry has been one of the most profitable and consistent lines of business in the property and casualty industry over the past decade, according to a new special report from ratings firm A.M. Best Company. 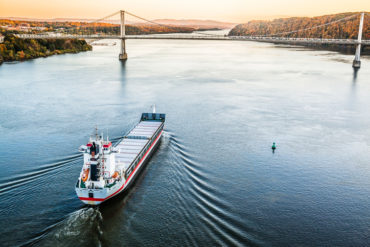 The Best’s Special Report, titled Inland Marine: Unique Risks and Knack for Profits, said that greater diversification compared with other property lines, thus mitigating the overall effects of any one event, contributed to the profitability.

The report, released on Monday, found that the inland marine sector’s combined ratio has a strong positive correlation with the other major property lines – commercial multi-peril, fire and allied lines and homeowners/farmowners. However, the segment has not experienced the same peaks and valleys as these lines, as is the only one of these lines not to report an underwriting loss since 2006, Oldwick, N.J.-based A.M. Best said in a press release. Except for the catastrophe-impacted years, combined ratios have remained under 90% during this time period, the release added.

Inland marine insurance accounted for approximately 2.1% of total P&C net premiums written (NPW) in 2016, totalling nearly US$11.4 billion, a decrease of US$15.6 million from 2015, A.M. Best reported in the release. The NPW decrease was the industry’s first since 2010 and was due to overall rate decreases and an increase in risk transfer to reinsurers.

When looking at risk, two of the largest risks covered under inland marine are cargo in transit and property under construction, as well as the equipment used for that construction. Both have recovered from the financial crisis of 2008-2009, however, the economic growth in construction and freight is providing opportunities for new entrants, resulting in lower rates and tightened margins. “Given the variety of risks covered under this line of business, no one insurer can be an expert in every risk, allowing niche inland marine insurers to hold meaningful shares of the market,” A.M. Best said in the release.

The ratings firm suggested that an increase in infrastructure-related construction projects and a greater role from technology in the planning, implementation and control of the flow and storage of goods will present inland marine writers opportunities to expand their portfolios. Underwriters seeking to capitalize on opportunities in the inland marine market will need to stay abreast of new and evolving exposures and technologies that may affect coverages, A.M. Best concluded.