Now in its 10th year, the study measures auto insurance shopping, purchase behavior and purchase experience satisfaction among customers who recently purchased insurance. Satisfaction is measured in three factors (in order of importance): price, distribution channel and policy offerings. The study is based on responses from more than 17,000 shoppers who requested an auto insurance price quote from at least one competitive insurer in the past nine months and includes more than 50,000 unique customer evaluations of insurers. 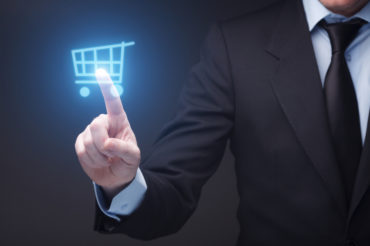 Customers shopping for an insurance provider often go online to do so, according to the study, as 74% of shoppers use insurer websites or aggregators for obtaining quotes and researching information. While nearly half of customers obtain a quote via insurer websites, only 25% actually purchase their policy online; 50% close through an agent and 22% phone a call centre.

“This is due in part to the underperformance of agency writer websites – agency writers quote nearly as many shoppers on their website as they do through their agency channel (38% vs. 40%, respectively), yet just 10% of agency writers’ new business is closed on the website,” J.D. Power said in a press release. “To make it easier for customers and improve close rates, a few insurance companies are offering online shoppers assisted chat ‘virtually’ with a representative or agent.”

Greg Hoeg, vice president of U.S. insurance operations at J.D. Power, noted in the release that “direct writers have invested heavily in digital channels to increase the functionality and ease of using their websites, which has clearly created an advantage for direct distribution relative to traditional agency distribution in some respects and has supported agency distribution in others.”

He added that while many customers want to shop online, they often still want to talk to someone when they buy their insurance to make sure they are getting the right coverage or have questions about their policy answered. “Maintaining a competitive advantage in digital capabilities through websites and mobile applications is critical,” Hoeg said. “Insurers need to focus on the delicate balance of providing an easy shopping experience while providing product differentiation and professional service.”

The study also found the fewer auto insurance customers in the U.S. are shopping for a new insurer, down to 33 shops per 100 policies in 2016 from 39 in 2015, and among those who are shopping, only 30% actually switch, the same pace as a year ago. In addition, customers who do switch are saving an average of US$356 on their annual premiums, less than the US$388 savings for those who switched in 2015.

Direct premiums written in the personal lines auto insurance market in the U.S. increased by approximately 4.7% to US$199 billion in 2015, J.D. Power said, with much of that growth coming from new business generated by direct writers.