LONDON – Cyberattacks on a key internet firm repeatedly disrupted the availability of popular websites across the East Coast of the United States Friday, according to analysts and company officials. 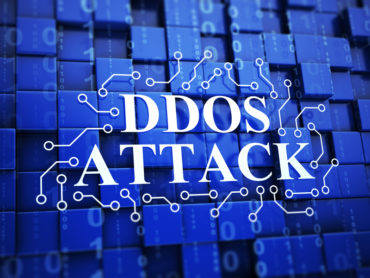 Manchester, New Hampshire-based Dyn, Inc. said its server infrastructure was being hit by a distributed denial-of-service attacks, which work by overwhelming targeted machines with junk traffic. Analysts said the attack was having knock-on effects for American users trying to access popular websites across the East Coast, several of whom reported problems.

The level of disruption was difficult to gauge globally, but Dyn provides internet traffic management and optimization services to some of the biggest names on the web, including Twitter, Netflix and Visa. Jason Read, the founder of Gartner Inc.-owned internet performance monitoring firm CloudHarmony, said his company tracked a half-hour-long disruption early Friday in which roughly one in two end users would have found it impossible to access various websites from the East Coast.

Read said that Dyn provides services to some 6 per cent of America’s Fortune 500 companies, meaning a big potential for disruption.

“Because they host some major properties it impacted quite a few users,” he said.

Dyn said in a series of statements that it first became aware of the attack around 7:00 a.m. local time and that services were restored about two hours later. But around two hours after that, the company said it was working to mitigate another attack. Read, of CloudHarmony, confirmed that he was seeing renewed disruption.

A Dyn spokesman didn’t respond to questions seeking further information about the onslaught.

In a widely shared essay titled “Someone Is Learning How to Take Down the Internet,” respected security expert Bruce Schneier said last month that major internet infrastructure companies were seeing a series of worrying denial-of-service attacks.

“Someone is extensively testing the core defensive capabilities of the companies that provide critical internet services,” he said.

Bree Fowler in Baltimore, Maryland contributed to this report.

More News
Related
In world of Internet-enabled things, U.S. says security needed
Fifth of surveyed U.S. businesses have not done any recent security testing for vulnerabilities
U.S. consumers excited about “connected living,” but concerned about identity theft, cyberattacks and privacy issues: study
One in three cyberattacks in the past year resulted in a security breach for Canadian companies, new Accenture survey finds