Ratings firm A.M. Best is maintaining a stable outlook for 2017 on the personal lines segment of the property and casualty industry in the United States, while also maintaining a negative outlook on commercial lines. 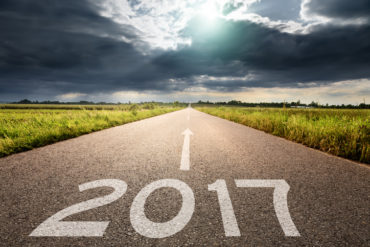 The Oldwick, N.J.-based firm maintained its outlook for next year in two separate Best’s Briefings released on Tuesday. For personal lines, A.M. Best said that “personal lines companies on the whole are responding in an appropriate manner to address the ongoing financial and operational pressures impacting today’s challenging market conditions.” For commercial lines, the firm said that the negative outlook “reflects continuing pressure points that are likely to drive deterioration in results through the year.”

A.M. Best’s personal lines outlook, titled Personal Lines Outlook Remains Stable Despite Continuing Pressure on Automobile Results, stated that the underwriting performance of the automobile line, which comprises the majority of premium in the personal lines segment, generally has been consistent. However, combined ratios for the personal auto line of business have deteriorated over the last couple of years due to frequency and severity pressures, A.M. Best said in a press release.

For personal lines, A.M. Best anticipates modest upward interest rate increases in 2017, although, reinvestment is still likely to be at lower rates than maturing bonds. “With this in mind, companies must continue to rely on their underwriting prowess to drive overall results,” the ratings firm recommended.

With operating performances, business profiles and enterprise risk management capabilities remaining in line with expectations, A.M. Best anticipates that the majority of rating actions in the personal lines segment will be affirmations. However, as performance metrics deteriorate for companies that are in a weaker competitive position, these companies may also face lower risk-adjusted capital levels, all of which would lead to the potential for negative rating actions.

Looking at commercial lines, the Best’s Briefing titled Commercial Lines Outlook Remains Negative as Market Conditions Become Increasingly Competitive Across the Segment said that the segment is being impacted by intensifying price competition in most lines. It is also being affected by decreasing levels of favourable development of prior years’ loss reserves and persistently low investment yields, as well as a return to a more historically normal level of catastrophe losses, A.M. Best said in a statement.

Overall, the commercial segment’s profitability remains solid, but “these results continue to be driven primarily by dominant players that have established defensible positions and whose results reflect consistent underwriting fundamentals and income generated by conservative investments.”

Workers’ compensation and general liability rates remain under pressure and most property lines of business continue to see rate reductions, the statement noted. While commercial auto rate achievement remains well above the industry average, price adequacy in this line remains a challenge for some companies as a result of continuing elevated frequency and severity trends. Those companies that have developed capabilities to effectively establish technical price and maintain underwriting criteria will be best-positioned to manage the competitive phase of the market cycle, A.M. Best predicted.

“With operating performance, business profiles and enterprise risk management capabilities remaining in line with expectations, A.M. Best anticipates that the majority of rating actions in this segment will be affirmations,” the statement concluded. “However, as performance metrics deteriorate for companies that are in a weaker competitive position, these companies may also face lower risk-adjusted capital levels, all of which would lead to the potential for negative rating actions.”