U.S. politicians urged to ‘work quickly’ to ensure NFIP ‘sustainable for the future’

A coalition of insurers and associations is urging the United States Congress to quickly reform and extend the National Flood Insurance Program, which owes billions to the U.S. government and will expire this year unless a law extending NFIP is passed.

“With the NFIP set to expire on Dec. 8, Congress must work quickly to overhaul the program and ensure it is sustainable for the future,” wrote Steve Ellis, vice president of Taxpayers for Common Sense and a member of the SmarterSafer coalition, in an article published Tuesday on the Morning Consult website. 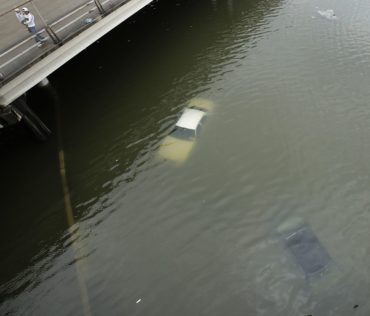 NFIP is administered by the Federal Emergency Management Agency. It “was created in 1968 to provide flood coverage to consumers who were unable to get coverage from the very limited private market,” Congressman Emanuel Cleaver said in 2016 during a hearing of the insurance and housing subcommittee of the House Financial Services Committee.

In order to qualify for flood insurance under NFIP, the property must be in a community that has joined the NFIP and agrees to enforce sound floodplain management standards. In some cases, NFIP premiums are subsidized.

“As of 2015, the NFIP had 5.2 million policies in force covering (US) $1.3 trillion worth of property,” Standard & Poor’s Financial Services LLC reported in 2016. At the time, S&P reported NFIP’s total losses since 2000 were US$42 billion, and $16.3 billion of that was attributed to Hurricane Katrina.

On August 25, 2017, Hurricane Harvey made landfall in Texas and caused major flooding in Houston. Aon plc’s Impact Forecasting unit said at the time that insured losses – including those paid by NFIP and private industry – were “likely to well exceed” US$10 billion.

NFIP is “nearly $25 billion in debt to taxpayers and there have been enormous technological innovations that enable insurers to accurately price risk and provide products and coverages unavailable through NFIP,” Taxpayers for Common Sense’s Ellis said June 7  before the House of Representatives Financial Services Committee.

In a release Sept. 7 – the day before Hurricane Irma made landfall in Cuba – SmarterSafer said it was urging Congress to “pass a long-term reauthorization bill with crucial reforms to the NFIP.”

In 2016, Dennis Ross – who represents the 15th District of Florida in the U.S. House of Representatives – told Congress that under the current system, homeowners “are limited to the coverage options provided by the NFIP” which covers up to $250,000 of damages related to a residential home.

Ross noted at the time that NFIP does not cover additional living expenses.

“More competition in the flood insurance market would result in better rates and higher coverage limits for policyholders, making rebuilding easier the next time a severe storm strikes,” Ellis wrote in the Morning Consult article Oct. 3, 2017.