The U.S. Senate Committee on Commerce, Science & Transportation is holding a field hearing in West Palm Beach, Fl. to discuss the economic impacts of extreme weather and coastal flooding. 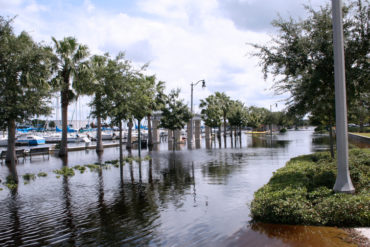 Lead by Senator Bill Nelson (D-FL), the hearing, titled “Extreme Weather and Coastal Flooding: What is Happening Now, What is the Future Risk, and What Can We Do About It?, will discuss the economic impacts, as well as future risks and efforts to address the problems, according to a memorandum released Monday by SmarterSafer.org. SmarterSafer is a national coalition of taxpayer advocates, environmental groups, insurance interests, housing organizations and mitigation advocates that recently released a proposal that outlines how the United States Congress can improve the way the country deals with natural disasters by “reforming the broken National Flood Insurance Program (NFIP) before it is expires in September,” the memorandum said.

According to the senate committee, since 2006, sea level rise in southeast Florida has tripled, averaging about nine millimetres a year. “The resulting impacts of coastal flooding, saltwater intrusion, storm surge, and land erosion on Florida’s coastal communities have prompted local governments to act,” the senate committee noted on its website, adding that “following Hurricane Sandy, Palm Beach County restored over 20 acres of beach and sand-dunes to protect shore-side communities from flooding and severe weather.”

Among other items, SmarterSafer’s proposal from February recommends that Congress prioritize the following reforms to the NFIP “so that the program can better protect lives, property and taxpayer dollars”:

The hearing will feature a panel of witnesses, including Dr. Ben Kirtman, director of the Cooperative Institute for Marine and Atmospheric Sciences and director of the Center for Computational Science, Climate and Environmental Hazards at the University of Miami; Dr. Leonard Berry, emeritus professor of geosciences at Florida Atlantic University and vice president of government programs at Coastal Risk Consulting, LLC; Carl G. Hedde, senior vice president and head of risk accumulation at Munich Reinsurance Company of America; and Dr. Jennifer Jurado, chief resiliency officer and director of environmental planning and community resilience at Broward County.