NEW YORK – Uber says it is resuming its self-driving car program in Arizona and Pittsburgh after it was suspended following a crash over the weekend. 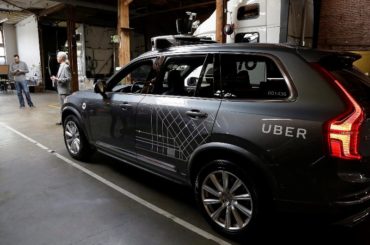 FILE – In this Tuesday, Dec. 13, 2016, file photo, an Uber driverless car is displayed in a garage in San Francisco. A fleet of self-driving Uber cars is headed to Arizona after they were banned from California roads over safety concerns. (AP Photo/Eric Risberg, File)

The company had also grounded self-driving cars in San Francisco over the weekend but they resumed operating earlier on Monday. The difference between the California program versus the ones in Arizona and Pennsylvania is that California does not allow passengers to ride in the vehicles.

The company said Monday that it paused the operations over the weekend to better understand what happened in Arizona, but feels confident in returning the cars to the road.

There were no serious injuries reported in the incident in Tempe, Arizona on Friday night. Police said the self-driving Uber SUV was obeying the law while the human driver of the other car was cited for a moving violation.

Uber says it is investigating the incident and that there were no passengers in the back seat of the self-driving car.

Multiple automakers and technology companies are testing fleets of self-driving vehicles. In nearly all cases, the cars have backup drivers who can take the wheel in an emergency.

Testing hasn’t been accident-free. Waymo – a division of Google – has been testing self-driving cars since 2009 and has driven them more than 2 million miles. Last year, Waymo reported 13 accidents involving its fleet in the state of California, which requires companies testing autonomous vehicles to report any accidents. Most of the accidents were minor and weren’t caused by Waymo’s vehicles. But in February 2016, a Waymo test car struck a public bus near the company’s headquarters in Mountain View, California. No one was injured.

Last year, a driver of a semi-autonomous Tesla – which is different from a self-driving car – was killed with the car’s Autopilot system engaged.