Uber says no to MPI’s unique approach for insuring ridesharing 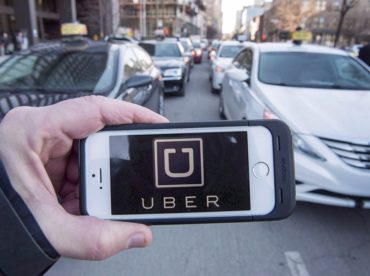 The Uber logo is seen Tuesday, February 2, 2016 in Montreal. Ride-hailing company Uber says Manitoba Public Insurance’s rate proposals could be cost-prohibitive for some of its drivers. THE CANADIAN PRESS/Ryan Remiorz

“This product structure differs greatly from insurance models in place across North America (including Ontario, Alberta and Quebec) and deviates in several important ways from the type of insurance that Uber has found to be effective in North America,” Uber stated in a submission to the province’s insurance regulator, the Manitoba Public Utilities Board (PUB).

Based on the “deficiencies” in MPI’s model, Uber concluded, the company would be “unable to consider expansion of services to Winnipeg on Mar. 1, 2018.”

Now Winnipeg’s mayor, Brian Bowman, is reportedly urging the province’s public insurer and regulator to find a way to allow ridesharing companies to operate in the province.

In its submission to the PUB, MPI outlined its unique approach to insuring vehicles for hire (including ridesharing companies) based on time periods for picking up passengers.

The time bands include:

The premium is the same regardless of the band selected. Outside of the time bands, vehicles for hire will be insured for non-commercial operation.

MPI took a different approach than in Alberta, Ontario and Quebec, where coverage is provided by either individual endorsement or a blanket policy with the particular Transportation Network Company.

“Alternative insurance models used in other jurisdictions would, if adopted in Manitoba, result in coverage outside of the Basic Insurance,” MPI told the regulator, “a consequence of which would be that the premiums charged for vehicle for hire insurance would be outside the jurisdiction of the Public Utilities Board.”

As for why it took the time band approach, MPI said it took into account three key factors: