UFO sightings: Are your clients covered for an alien invasion?

Recent talk about UFOs during the pandemic has caused the most conspiratorial among us to wonder if Canada’s property and casualty insurance industry is prepared for the most secretive of risks: An alien invasion of Earth.

Film footage has emerged of three shiny green pyramids flying above the U.S.S. Russell near San Diego, California – footage that the U.S. Pentagon has since confirmed as an example of “unidentified aerial phenomenon [UAPs].” The U.S. Department of Defence has recently confirmed the authenticity of the video shot by the U.S. Navy in July 2019.

Yes, those pyramids hovering over the navy vessel could be drones, as the U.S. military speculates. But what if they were in fact piloted by alien beings? Are your clients be covered for the risk of an alien invasion? 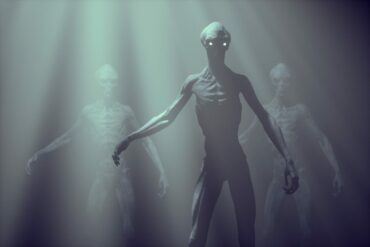 Of course, the risk of damage caused by an alien encounter seems far-fetched. But so was the idea of a global pandemic. And yet here we are, more than a year later, still working from home and waiting for vaccines so that we can see each other again without fear of killing one another.

Apocryphal stories suggest a risk manager for Wimbledon had to defend an annual $2-million premium expenditure for pandemic insurance coverage for 20 years – until COVID-19 hit, and then the historic tennis tournament was cancelled. The organization received a $140-million insurance payment for the loss.

Imagine if a risk manager was similarly prepared for any loss or damage arising from encounters with intergalactic visitors to Earth. They would have a job for life.

The issue of alien encounters came to light again this week, when Reuters reported that the green pyramids and other sightings have prompted U.S. intelligence officials and the Pentagon to prepare a report on UAPs to U.S. Congress. The release of the report is expected in a few days, Reuters says.

And so, while Canadian Underwriter expects that most organizations would probably rank the risk of an alien invasion very low — if not the lowest — on their Enterprise Risk Management (ERM) risk priority maps, curiosity abounds about how risk managers might assess the risk, and whether it might be transferred to an insurance policy.

Canadian Underwriter contacted Lance Ewing, a former Risk and Insurance Management Society (RIMS) president, to ask about how a risk manager might handle the risk of an alien invasion. In a light-hearted discussion, Ewing humoured us by providing several tongue-in-cheek examples of how a risk manager might approach damage or loss caused by alien encounters — and whether or not such risks might be covered under an insurance policy. 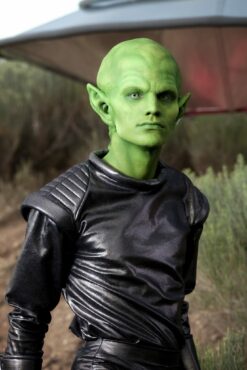 For Ewing, the big question is how these aliens would appear to us. Whether or not they are “natural” or “unnatural” beings would determine the cause that triggers an insurance payment.

“What will those aliens look like?” Ewings asked. “Some people may consider aliens to [have] a celestial or spiritual aspect, and so how does that fit the definition [of natural or unnatural]? We don’t know what form they will take. Will they all look like Jabba the Hut from Star Wars, or will they look like each one of us, or do they look like the Men in Black? What do those aliens actually look like? We’ve conjured all kinds of ideas, but [are their actions] an ‘act of God?’”

Ultimately, if the aliens are “unnatural,” their invasion could be defined as a “force majeur,” or a so-called “act of God.”

“If that’s the case,” Ewing said, “the carriers I think are going to hang their hats on ‘force majeur,’ and say, ‘Nope, not covered. Excluded.’”

In another scenario, if the aliens take the form of cats or dogs, that could potentially trigger coverage under a pet insurance policy. Or if they take a human form — such as an insurance journalist, as Ewing quips — then one could make the case that these beings are “natural,” and therefore trigger policy coverage.

Also important is the nature of the encounter. Are the aliens friendly, as in the movie E.T., or hostile, as in the movie Independence Day, in which an alien spacecraft destroys Los Angeles?

If hostile, the damage caused to Los Angeles could be excluded.

“Would that be declared an act of war?” Ewing asks. “In the United States, we have the Terrorism Reinsurance Act. So is it an act of terrorism, or is it a hate crime? Someone in authority with a paycheque greater than mine would have to make that determination as to what that actual act was. And [whether] that determination would…trigger the policy, and we could argue that in the courts forever.”

If the contact with aliens is friendly, on the other hand, then conceivably some forms of accidental damage might be covered. For example, if a spaceship lands on the roof of a commercial business, damaging it, that might be covered under a commercial property policy. But if the spaceship lands on the front lawn, creating a crater, or setting the grass near the creek on fire, that damage could be excluded under a land exclusion in some policies.

For example, “what if [the aliens] come into your house and just sort of take your house over, basically as squatters?” Ewing said. “If the government has to seize your property to protect you from aliens, or if in fact it considers the situation to be a national emergency, and they have to investigate for the next 19 years to figure out whether or not it was an actual alien, there would would only be coverage for the government for destroying your property, but not necessarily for the loss of use.” 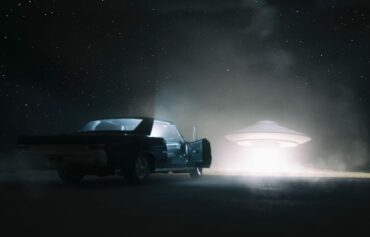 Auto insurance policies might also be engaged, which might escalate the loss ratios for some auto insurers.

“In certain movies, [the aliens] suck…all the power and electronics out of our cars,” Ewing said. “Am I covered for that? Actually, I think that could be the biggest expense for insurers, because I could see you could argue it’s physical damage to the car.”

And what if the alien encounter is rooted in scientific inquiry?

If aliens abduct us for experimentation, it’s possible that might be covered under a kidnap and ransom (K&R) policy.

“I don’t know how you hostage-negotiate with an alien,” Ewing said. “I’ve never done that, but does the K&R policy apply on that?… I think it does.”

Ewing points out that a U.S. insurer does in fact sell an insurance policy that covers alien abduction. The premium is a one-time payment of US$24.95, and the policy offers coverage for up to $11 million. The trick is, the policy pays out at a rate of $1 per year, for 11-million years.

Two claims have been made on the alien abduction policy, Ewing said. One claimant passed away. The other, he said, provided a Poloroid picture of the UFO as proof of his abduction. The claimant received $10 in payments over the course of a decade, and then the insurer lost track of his whereabouts.

As they say in the X-Files, “The Truth is Out There.”