Global insurance mergers and acquisitions (M&A) activity slowed across all sectors in 2016, according to a new study from global investment management firm Conning. 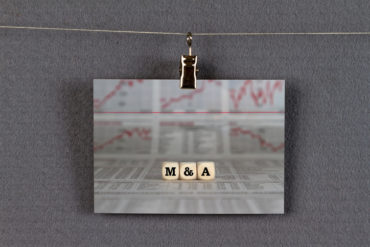 The Conning study, 2017: Global Insurer Mergers & Acquisitions in 2016 – Activity Slows, but Pressures Remain, tracks and analyzes both United States and non-U.S. insurer M&A activity across property and casualty, life-annuity and health insurance sectors. Specific transactions are detailed and trends are analyzed across all sectors.

“We identified 165 insurer transactions globally in 2016 with aggregate announced value of US$33 billion – well below 2015 activity levels,” said Alan Dobbins, a director of insurance research at Conning, in a press release on Monday. “The year was marked by this retreat in activity, with many companies looking inward. While the property-casualty sector continued to have strong activity by its more offensive-minded competitors, the life sector pulled back significantly.”

Steve Webersen, head of insurance research at Conning, added that M&A activity in 2016 was “marked by a select number of property-casualty insurers playing offence and defence, as the life industry dropped to just a quarter of its 2015 activity. Some of the key themes we analyzed in 2016 property-casualty acquisition activity included continued Japanese pursuit of established and global underwriting platforms, serial acquirers continuing their build-outs, run-off acquisitions and the continued focus on property-casualty specialty assets.”

Information from Conning said that last year, there were fewer transactions with values over US$1 billion and “two key health transactions from 2015 were either cancelled or are very unlikely to be completed.” Despite a drop in activity in 2016, the P&C sector led the M&A activity with a particular focus on specialty assets.

For life insurance, M&A activity slowed, with only two of the largest transactions involving North American targets. Much of the remaining activity was focused on targets in Europe and Asia, the information said, and “those transactions that occurred tended to be focused on companies repositioning themselves to address shareholder and regulatory pressures, or seeking specialized capabilities or new market opportunities. Asian buyers had been actively purchasing U.S. targets, but turned their attention to companies in Asia in 2016.”