Usage-based insurance expected to grow to 142 million subscribers globally by 2023 from 12 million in 2015, new report says

Usage-based auto insurance (UBI) is expected to grow to 142 million subscribers globally by 2023, according to a new report from IHS Automotive, a part of IHS, Inc. and a source of information and insight to the global automotive industry. 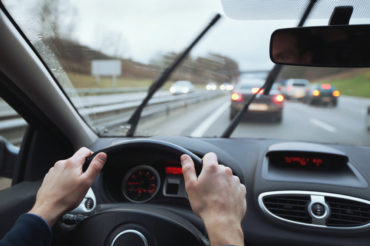 According to the study, titled Auto Tech Report – Usage Based Insurance (UBI) and released on Monday, in 2015, close to 12 million consumers globally subscribed to this type of auto insurance, which uses real-time information about a driver’s actual driving ability and habits to assess actuarial risk, capturing information from the in-vehicle telematics system. The report is based on more than 40 interviews from across the value chain, from insurance carriers, data aggregators, telecommunications companies, to automotive OEMs.

“The current UBI landscape is in transition with robust expansion,” noted Stacey Oh, manager of automotive technology at Englewood, Colo.-headquartered IHS Automotive, in a statement. “New insurers are entering the market, new markets are being opened and new solutions are being launched.”

However, providers are still identifying and developing the strongest business models, the best value proposition and the most suitable data capture device as those providers seek to alleviate divergence with the auto industry, the statement said. The added challenge of constantly evolving technology – including telematics, the connected car and mobility itself – are influencing factors.

Today, Italy is the only country in which UBI has a double digit share of the insurance market, representing 10% of the market there in 2015, according to the report. Government intervention was a strong influencer there. In 2012, in response to fraudulent insurance claims, Italy’s Prime Minister instituted a decree stipulating that if an insurance company already offered a UBI product with a “black box,” it must offer the box to the customer at no charge and offer a significant upfront premium discount for consumers, the statement said.

Italy and the United Kingdom are by far the most mature UBI markets in Europe. Activity is growing in France, Germany and Spain, though the solution remains very niche-like in these markets, IHS Automotive reported. Insurers are unsure of what business propositions work best and consumers are still unfamiliar with the product. Privacy concerns, especially in Germany, make consumers wary of sharing data.

Due to its market potential, the United States will lead the way in UBI marketing and innovation in the coming year, IHS said. America is the largest car insurance market in the world, with more than 260 million vehicles in operation in 2015. According to IHS estimates, there were more than 5 million UBI policyholders in 2015 in the U.S., by far the most of any other country. Italy was a distant second, with just 3.6 million subscribers out of 36.8 million vehicles in operation in 2015.

Another key market to watch is China, the statement said. The Chinese government began granting foreign insurance carriers access to the market in 2012, and approximately 15 insurers will launch UBI pilot programs this year. The sheer size of the automotive market allows for the UBI subscriber volumes to grow from 50,000 in 2015 to over 22 million by 2023, according to IHS Automotive forecasts.

The future of UBI is also explored in the report, with sections on Millennials, pay-per-mile (Uber) and pay-per-ride insurance, advanced driver assistance systems and the autonomous car. The pay-per-ride model will become increasingly important as Millennials impose their preferences on the market, the statement said. Whether or not the customer works for an Uber-type company or simply prefers leasing a car whenever necessary, he or she will want to be insured only for that trip or the distance driven. And, with UBI, he could choose to travel at a time when the trip insurance premium is lowest.

IHS Automotive predicted that a smartphone-only solution will eventually dominate the global UBI market, but likely only for a short time. The connected car is well on its way, and the vehicle itself may well be the ultimate UBI device. “By the time connected cars are common on the world’s roads, it could also be that, because of product innovation and the rise of alternative mobility models such as ridesharing and car leasing, the UBI market will not be anything like that of today,” the statement said.

In the decade or so since its initial launch, UBI has inspired as much frustration as hope from its believers and practitioners, IHS Automotive said. Expectations were high from the start, but these expectations were long thwarted by market stagnation and the reluctance of insurers to embrace the solution.