Use of captives for cyber liability programs increases 20% in 2016: Marsh report

The number of owners using captives for cyber liability programs – up almost 20% last year – represented the fastest growing non-traditional risk in captives managed by Marsh Captive Solutions, the company notes in a new report this week. 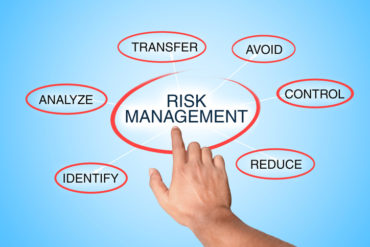 Fuelled by unfamiliar and sometimes unquantifiable risks, captives are increasingly playing an integral role in the risk management strategies of organizations, indicates the 2017 Captive Landscape Report.

Examining 1,100-plus captives around the world under Marsh management, Captives at the Core: The Foundation of a Risk Financing Strategy, the 10th edition of the report, explores how captives are being used and where opportunities for greater utilization exist. 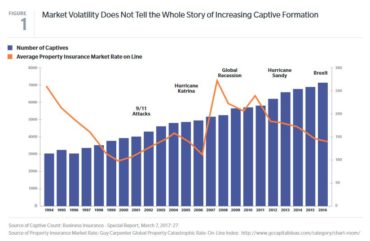 Durant notes in the report’s introduction that the last decade has seen a dramatic increase in the number of captives being used globally – rising from about 5,000 in 2006 to more than 7,000 in 2016.

“Regardless of changes in insurance market conditions or the occurrence of significant catastrophic events, captives remain popular, and growth in numbers has been constant,” the report states. “In particular, we have seen growing interest in captive formations that solve business unit needs or create a new revenue stream,” it notes.

Beyond numbers is an expansion of how captives are being used.

“Today, global economic and political uncertainty is on the rise, and disruption from technology innovation is growing exponentially, exposing organizations to unfamiliar and sometimes unquantifiable risks,” Durant writes. “In parallel with these macro trends, more companies than ever see captive utilization as being at the core of innovative risk management strategies.” 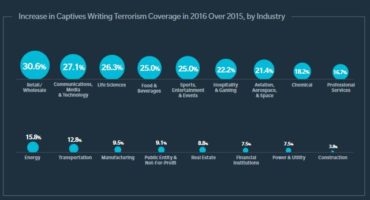 Captives are now being used to provide solutions outside of traditional property and casualty programs, Durant points out, reporting the company has once again witnessed double-digit growth in captive use for cyber risk and employee benefits in 2016.

“Parent companies concerned about economic volatility, rule of law and government instability are using their captives as a lever to address complex coverages related to geopolitical risk. As risk appetites change in response to global events and market cycles, captives are able to respond,” the report notes.

While financial institutions and health care organizations continue to have the highest number of captives, Durant writes, “captives in other industries are growing in complexity, which equates to higher premium volumes.” 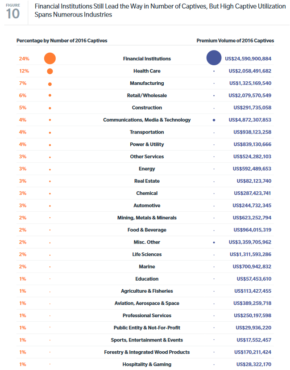 The company reports a majority of existing Marsh-managed captives – 62% of non-U.S. and 74% of U.S. captives – see funding corporate retained risk (such as large deductibles and self-insured retentions) as their respective captive’s primary benefit.

“A captive structure provides the flexibility to adjust risk retention strategies in response to market cycles or changes in exposures as a result of accelerated growth, mergers or acquisitions,” the report points out.

“This puts the captive at the core of a risk manager’s toolbox to address traditional property/casualty risks as well as employee and customer risks,” it adds.

Considering changes by region, new captive formations by parent companies in Latin America increased by 11% in 2016, representing the largest growth among all geographies.

“Latin America’s economic growth and increase in risk management sophistication is driving captive interest in the region as companies explore opportunities to stabilize their bottom lines and respond more nimbly to market cycles,” the report notes.

“Meanwhile, North America and Europe retain the highest number of captives and associated premiums, despite experiencing a 2% reduction in licensed captives in 2016,” it points out.

In terms of captive size, a shift appears to be under way, the report notes. Small captives – defined as those generating less than US$1.2 million in premiums annually – continue to dominate the landscape. These account for approximately 44% of Marsh-managed captives, up from 24% just four years earlier in 2012. 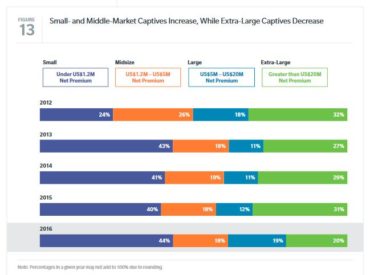 Last year, extra-large captives — defined as generating more than US$20 million in premiums annually — made up just 20% of the total. This is attributed to consolidation within certain industries, such as health care.

In addition, the report state, an increase in mid-size captives that have grown into large captives is being witnessed.