Use of comparison sites to buy auto, home insurance developing, but trailing in Canada and the U.S.: Finaccord

The use of comparison sites to buy auto and home insurance is developing rapidly, but continues to trail in Canada and the United States relative to the United Kingdom and continental Europe, according to new consumer research from Finaccord. 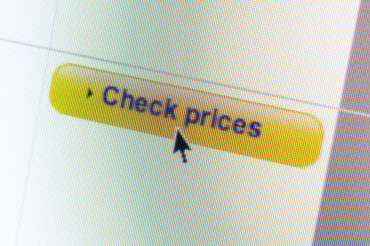 For example, as an eight-country average, 46% of respondents to the survey switching their car insurance policy or buying one for the first time did so online, peaking at 74% in the U.K. but was as low as 17% in Canada, Finaccord said in a statement. At the same time, over 40% of the same constituency in the U.K. used an aggregator to take out car insurance, but this figure fell to less than 5% in both Canada and the U.S.

In Canada, the survey involved more than 1,000 consumers, the same as in the other countries.

“While many insurers sell online and there are long-established comparison sites in all eight territories, consumer behaviour differs substantially from country to country when it comes to buying car and home insurance,” said Stefan Wagner, a consultant at Finaccord, in the statement. “This is due to a number of factors, including differences in switching rates between the various countries plus the strength of competing distribution channels in some of them, such as tied agents in all countries other than Australia and the U.K., independent agents in Canada and the U.S., banks (for home insurance) in France, Italy and Spain, and direct sales by mutual insurers in France.” 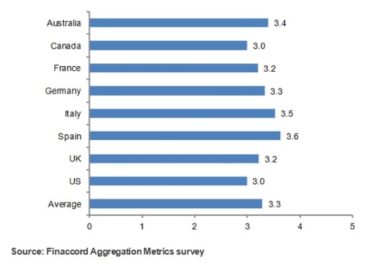 Nevertheless, Finaccord’s research indicated that online sales as a distribution interface and comparison sites as a distribution channel are likely to be growing in most countries as they are more heavily used by new buyers and switchers than by the wider universe of all customers, including those renewing policies taken out in previous years. “Moreover, their development may also be assisted if an increasing proportion of insurance buyers need to take out non-standard car or home insurance policies, or telematics-enabled car insurance in future as the research (perhaps surprisingly) indicates that customers with these types of cover are generally more likely both to buy online and to use a broader range of distribution channels than customers with standard products,” the statement said.

Wagner said that, on average, non-standard cover accounted for 18% of car insurance policies and 30% of home insurance policies across the eight countries. “In the former case, ownership of multiple vehicles was the most common reason for requiring a non-standard policy while in the latter case a need for insurance covering contents with a higher-than-average value was the main cause,” he said. “Meanwhile, the average penetration rate for telematics-enabled car insurance was a little under 8% which is indicative of its substantial potential for future growth, as is the fact that the equivalent figure for the most developed country, namely Italy, was more than 20%.”

Going forward, Finaccord believes that online insurance comparison sites “can expect to make progress in most countries,” although they may now have reached a peak in the mature U.K. market. “However, key to the success of individual operators in this field will be the extent to which they can both drive rates of awareness within their target audience, which can be difficult due to the large marketing investment needed to achieve this aim, and convert potential customers browsing their sites into actual purchasers,” the statement said.