A federal bill proposing to regulate the manufacture and sale of electronic cigarettes has received some support from the opposition. 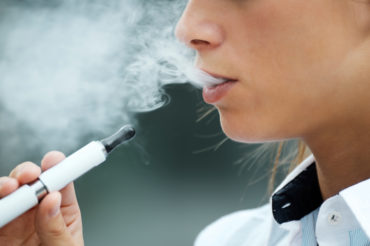 “The vaping industry today is totally unregulated,” said Marilyn Gladu, Conservative MP for Sarnia-Lambton, Ont. said recently in the House of Commons. “That is a problem, because in Canada we regulate pretty much everything else: food, drugs, etc. We are also concerned about vaping products getting into the hands of children.”

Gladu made her comments Dec. 3 during debate on Bill S-5, which among other things proposes changes to the Tobacco Act and the Non-smokers’ Health Act.

“We would like to see the industry regulated,” Gladu said. “That is a part of the bill I do like.”

The e-liquids in electronic cigarattes contains neurotoxins, Swiss Re Ltd. warned in 2014 in a report, Emerging risk insights.

If e-cigarettes “are proven to be more harmful to health than presumed today, respiratory diseases or other health problems may increase and trigger liability claims similar to tobacco claims in the past,” Swiss Re said at the time.

Bill S-5 “proposes to regulate the manufacture, sale, labelling, and promotion of vaping products with and without nicotine, including vaping devices and substances such as e-liquids,” said Bill Blair, Liberal MP for Scarborough Southwest and parliamentary secretary to Health Minister Ginette Petitpas Taylor, on Nov. 3, 2017.

Bill S-5 “would amend the Non-smokers’ Health Act to protect those in federally regulated workplaces from the potential harms of second-hand vapour,” Blair said Nov. 3 during debate on second reading. The Senate passed Bill S-5 June 1.

“E-cigarette parts, liquid and vapour may include variable levels of cancer-causing chemicals and harmful ingredients. These include several types of tobacco-specific nitrosamines, carbonyl compounds (e.g. aldehyde, acetaldehyde, acrolein), and volatile organic compounds,” wrote Dr. David McKeown, Toronto’s Medical Officer of Health, in a 2014 report to the city’s Board of Health. “Although these chemicals exist in significantly lower levels in e-cigarettes than in conventional cigarettes, the long-term health effects of using e-cigarettes remain unknown.”

Bill S-5 was the topic of hearings in April, 2017 before the standing Senate Committee on Social Affairs, Science and Technology.

“Like any other harm reduction product vaping is not completely without risk, but its placement under the Tobacco Act, no matter how well crafted, can never achieve the appropriate balance of risk versus reward,” Daniel David, chairman of the Electronic Cigarette Trade Association of Canada, told the committee. “We believe the long-term goal should be the proper classification of vaping products as a harm reduction product.”

Bill S-5 “will help us respond to the rapid increase we have seen in the popularity of vaping products,” Blair said Nov. 3, 2017.  “Evidence has suggested that these new products, while harmful, would be less harmful than traditional tobacco products, and consequently they have the potential to bring about public health benefits if they reduce tobacco-related death and disease.”

Smokers who switch to vaping products “could be a way to reduce the harm that smoking has on their health and the burden that it places upon society,” Blair added. “However, these products could also potentially lead to nicotine addiction to the use of tobacco products, and to the renormalization of smoking behaviour, reversing the gains we have made over the past 30 years.”