Canada’s transport minister will have the power to “order a company to correct a defect or non-compliance in a vehicle or equipment” if a bill debated Tuesday in the House of Commons is passed into law. 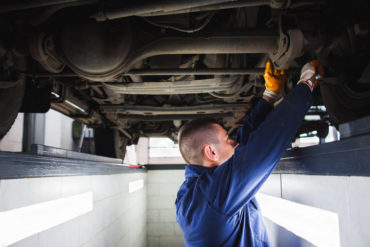 “If a situation arose today with a vehicle, tire, or child seat where there was clear evidence that the product contained a safety defect that could put the safety of Canadians in jeopardy and the company did not agree and was not voluntarily issuing a recall, there would be little that could be done except to take the company to court,” Liberal Transport Minister Marc Garneau said Tuesday in the House of Commons. “This would result in delays in addressing safety concerns.”

Garneau made his comments during second reading of Bill S-2, which was passed Feb. 2 by the Senate and tabled the following week in the House of Commons.

The Motor Vehicle Safety Act “regulates the safety requirements that apply to new and imported motor vehicles and to new motor vehicle equipment in order to reduce the risk of death, injury, and damage to property and the environment,” and “enables the development of regulations and safety standards for new and imported vehicles, new tires, and new equipment used in the restraint of children and disabled persons within motor vehicles,” Garneau said.

If Bill S-2 is passed into law, the federal transport minister “to be able to order a company to correct a defect or non-compliance in a vehicle or equipment if the minister considered it to be in the interests of public safety,” Garneau said.

Currently, the law “only obliges manufacturers to issue notices of defect, but does not oblige them to take any further steps,” he added.

Currently, the federal Motor Vehicle Safety Act “limits the role the Minister of Transport can play in issuing notices of safety defects and criminally prosecuting manufacturers when a potentially dangerous flaw is found,” Conservative MP Kelly Block said Tuesday. “The reality is that the last time a minister of transport criminally prosecuted a manufacturer was nearly 25 years ago, in 1993, when Transport Canada took Chrysler Canada to court over defective tire winch cables. The case was dismissed in 2000.”

Prosecuting manufacturers under the Criminal Code “has not proven to be an effective or efficient way to ensure compliance with the Motor Vehicle Safety Act,” Block added.

The New Democratic Party “will vote in favour of it at second reading so that it can be further reviewed in committee, where stakeholders will develop the best bill possible,” said Robert Aubin, NDP MP for Trois-Rivières, Quebec.

The bill was originally introduced May 11, 2016 by Senator Peter Harder and the subject of committee hearings in November, 2016. A similar bill – C-62 – was tabled in May, 2015 by the then-ruling Conservatives but died on the order paper with the October, 2015 federal election which brought the Liberals to power.

“If Transport Canada feels there is a safety issue, we must have the capability to take action, because there will be instances where there’s a disagreement,” Garneau told the Standing Senate Committee on Transport and Communications earlier.

“Let me give you an example. Right now there is an issue with respect to certain models and years of the Ford F-150 truck,” Garneau told the committee Nov. 15, 2016. “They have a vacuum pump, and that pump is involved in helping with braking. At the moment, there is disagreement between Ford and Transport Canada with respect to whether there is a defect in this particular case.”

With Bill S-2, the ruling Liberals propose “an administrative monetary penalty regime that will help encourage compliance from companies as an efficient, effective and less costly alternative to criminal prosecution,” Garneau told the House of Commons Sept. 19, 2017. “Companies will also have the ability to appeal an administrative monetary penalty to the Transportation Appeal Tribunal of Canada.”

After Bill S-2 was reviewed by the Standing Senate Committee on Transport and Communications, the Senate amended the bill to “provide additional financial protections to automobile dealers above and beyond those available to purchasers in the event that the minister of transport orders a company to correct a defect or stop a sale,” said Karen McCrimmon, Liberal MP for Kanata-Carleton, Ont. and parliamentary secretary to the transport minister. Those additional protections “would ensure that dealers would receive from the vehicle manufacturer or importer the parts needed to correct a defect or the manufacturer or importer would repurchase a vehicle at full price plus transportation costs and compensate the dealer at the rate of 1% per month of the price paid.”