Volkswagen Canada and Audi Canada to pay up to $2.1 billion to consumers and $15 million penalty for false environmental marketing claims

Canada’s Competition Bureau said on Monday that a settlement agreement, if approved, would provide buyback and restitution payments to consumers in relation to Volkswagen and Audi’s “emissions scandal.” 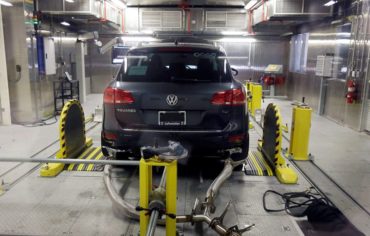 If approved by the courts, the settlement would be one of the largest consumer settlements in Canadian history at up to $2.1 billion, the Competition Bureau said in a statement.

The Bureau’s investigation found that Volkswagen Canada and Audi Canada misled consumers by promoting vehicles sold or leased in Canada as having clean diesel engines with reduced emissions that were cleaner than an equivalent gasoline engine sold in Canada. The vehicles passed applicable emissions tests because software was installed that altered the operation of the vehicle during testing which appeared to have the effect of reducing emissions, reported the Competition Bureau, an independent law enforcement agency.

The so-called emission scandal erupted last September when it was found that that the automaker had fitted many of its cars with software to fool emissions tests and had put “dirty vehicles” on the road, the Associated Press noted this May. In June, Volkswagen AG reached settlement agreements with various United States government agencies, private plantiffs and 44 states, agreements totalling more than US$14 billion.

In Canada, the Competition Bureau participated in a proposed Canadian class-action settlement agreement that Volkswagen reached with consumers of certain 2.0-litre diesel vehicles. “The result of this settlement was a determining factor in the Bureau reaching a consent agreement with Volkswagen Group Canada Inc. and Audi Canada Inc. (Volkswagen Canada and Audi Canada) that provides for an additional monetary penalty of $15 million,” the Bureau said in the statement.

The consent agreement, which is registered with the Competition Tribunal and has the force of a court order, was negotiated to address the Bureau’s conclusions that false or misleading environmental marketing claims were used to promote certain vehicles with 2.0 litre diesel engines, affecting about 105,000 vehicles in Canada.

The Bureau noted that the current agreement does not resolve the ongoing inquiry with respect to vehicles equipped with certain 3.0-litre diesel engines. Consumers can contact the claims administrator for the proposed class action settlement directly to inquire about their eligibility for benefits by visiting www.VWCanadaSettlement.ca or by calling 1‑888‑670‑4773.

“Consumers expect and deserve truth in advertising, particularly when it relates to such a significant investment,” said John Pecman, Commissioner of Competition, in the statement. “We are pleased that Canadians will now begin to receive compensation and that Volkswagen Canada and Audi Canada will address the impact this matter has had on the marketplace. The Bureau works to ensure that Canadians can trust advertising claims made by businesses and can be confident in their purchasing decisions.”