Wawanesa Mutual Insurance Company, one of the largest property and casualty insurers in Canada with a growing presence in the United States, announced on Thursday that Chris Henn has been appointed president of its U.S. operations effective Aug. 31. 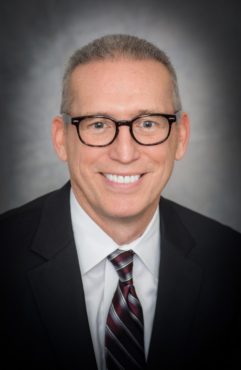 Prior to this appointment, Henn held senior-level positions with Esurance, Nationwide Mutual Insurance Company and Progressive Corporation, “and played a key role in the significant growth of these companies,” Wawanesa said in a press release. “During his 15 years at Esurance, the company grew from a start-up to having over one million policies in force and more than $1.5 billion in written premium.”

Most recently, Henn served as executive vice president and chief operating officer at Bridgepoint Education, a publicly held, for-profit education services company based in San Diego. Henn holds a Bachelor of Arts in economics, and currently serves on the board of the San Diego Food Bank.

“Chris is extremely well-versed in every aspect of the insurance business and well-known by stakeholders in the U.S. market thanks to his impressive track record in the insurance sector over the past three decades,” said Jeff Goy, president and CEO of Wawanesa, in the release. “We are thrilled to have Chris lead our U.S. business and join our executive leadership team. We know that his deep understanding of the insurance industry and U.S. market will benefit our entire organization.”

Henn added that “Wawanesa is a company that operates with a very high level of integrity and truly cares about its customers and stakeholders. I am honoured to be joining an organization informed by a rich heritage and strong values, and have the opportunity to uphold that culture while driving and executing the company’s growth strategy in the U.S. market.”

Wawanesa has $3 billion in annual revenues and assets of more than $9 billion. Wawanesa Mutual, founded in 1896 with executive offices in Winnipeg, is the parent company of Wawanesa General, which offers P&C insurance in California and Oregon, and Wawanesa Life, which distributes life insurance products and services throughout Canada.

With over 3,000 employees, Wawanesa serves over two million policyholders through nine regional offices and 41 service offices in Canada and the United States, including British Columbia, Alberta, Saskatchewan, Manitoba, Ontario, the Maritimes, and California and Oregon.