Waymo, Lyft to team up on self-driving vehicles 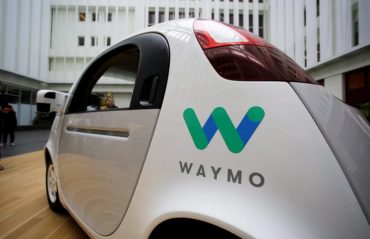 FILE – In this Tuesday, Dec. 13, 2016, file photo, the Waymo driverless car is displayed during a Google event, in San Francisco. Uber is refuting claims that its expansion into self-driving cars hinges on trade secrets stolen from Google spinoff Waymo, arguing that its ride-hailing service has been working on potentially superior technology. The defense presented in documents filed Friday, April 7, 2017, in San Francisco federal court marks Uber’s first detailed response to explosive allegations that its self-driving cars are using a crucial piece of technology designed by Waymo, a company created from Google’s work on autonomous vehicles. (AP Photo/Eric Risberg, File)

The two plan to work together to bring autonomous vehicles into the mainstream with pilot projects and product development.

Lyft is Uber’s biggest rival in the United States and the second-largest ride-hailing provider in the country.

Waymo sued Uber in February alleging that Uber is using stolen self-driving technology to build its own fleet of autonomous cars. On Saturday, a federal judge gave a rare order alerting prosecutors to possible criminal misconduct by Uber.