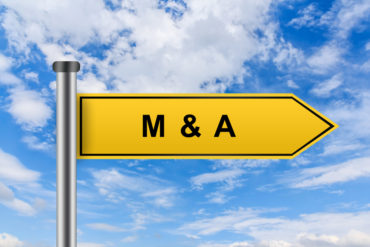 Consolidation in the sector has stalled after a flurry of deals in 2014 and 2015 as potential buyers have been put off by high valuations, the ratings firm said in a statement. But the combination of overcapacity, which will continue to weigh on premiums, and worsening investment returns will reduce profits for many firms in 2017, Fitch predicted.

The worst-hit reinsurers are likely to be smaller, less diversified and operating in markets where premiums have fallen to the point where they are barely covering the cost of capital. These firms may become acquisition targets as stresses leave them more likely to accept lower valuations, Fitch said in the statement.

Meanwhile, organic growth will be hard to achieve due to the large surplus capacity in the market, including from alternative sources of reinsurance capital such as catastrophe bonds and collateralized reinsurers. This will leave acquisitions as the main source of growth for larger firms with still-healthy balance sheets.

The increasingly competitive market will also make firms keener to eke out benefits from efficiencies of scale, increased diversification, cost-cutting opportunities and more efficient capital management. “All of these factors will contribute to the desire for acquisitions,” Fitch suggested.

“We believe the weak market environment will create significant risks for M&A transactions despite the potential for greater efficiency and scale, particularly if valuations do not fall much,” the statement said. “Risks are particularly high in transactions driven by a desire to diversify, as the buyer’s lack of experience in the market it is entering makes mistakes more likely. Deals that combine two struggling companies in the same segment will have less execution risk but could offer very limited benefits.”

The overall impact on the reinsurance sector from increased M&A will depend on how much capacity is removed from the market and whether alternative sources of reinsurance then expand to replace the lost capacity, Fitch said, noting that growth of alternative reinsurance has slowed in 2016, with reduced cat bond issuance and limited new formation of hedge fund reinsurers.

Hedge fund reinsurers are particularly reliant on being able to achieve relatively high investment returns and investors are likely to remain sceptical about their prospects in the current low-investment-yield environment. However, the popularity of catastrophe bonds has been partly due to a search for yield among investors. The recent further decline in investment yields could therefore help drive a rise in demand if yields on catastrophe bonds remained relatively favourable, Fitch concluded.