Weaker inflation slows to 1.3%, could weigh on Bank of Canada’s rate decision

OTTAWA – Steps by the Bank of Canada to prepare the country for an eventual interest rate hike are bumping up against an inflation rate that has eased up on the accelerator. 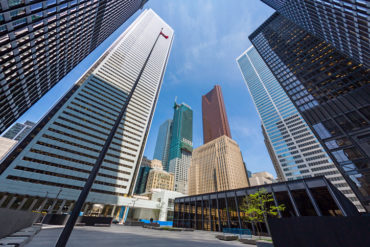 The result was softer than economists expected and lower than April’s reading of 1.6 per cent, prompting some to predict it could slow the Bank of Canada’s move toward an interest rate hike.

The data point comes as the economy strengthens and the central bank sends out signals it’s moving closer to a rate increase. The bank will make its next scheduled interest rate announcement on July 12 when it also updates its economic outlook.

The latest inflation figures could play a key role in that decision.

For one, the headline inflation rate moved further away from the bank’s target of two per cent.

The data also showed lower readings for two of the Bank of Canada’s three measures for core inflation, which omit volatile items.

Two of the core readings slowed to 1.5 per cent and 1.2 per cent. The other one was unchanged at 1.3 per cent.

The bank’s benchmark rate has been at 0.5 per cent for two years and hasn’t been raised in nearly seven years.

Before the data release Friday, some analysts had predicted the bank could start raising the rate as early as next month.

But the continued softness, particularly for core inflation, is considered by many as a reason for the central bank to hold off a little longer.

“On balance, I think that today’s disappointing report deals a blow to what have been rising expectations that policy accommodation might begin to be removed as soon as July,” said Josh Nye, an economist with RBC Economic Research.

“As much as the Bank of Canada has seemed a bit dismissive of those recent inflation numbers, I think it would be hard for them to raise rates in July given the decline that we saw again in May’s inflation.”

BMO chief economist Doug Porter noted Friday that the central bank’s previous measure of core inflation, which was replaced by the three new measures in December, registered 0.9 per cent to hit its lowest annual pace on record – dating back to the mid-1980s.

“No matter where you look, overall inflation is roughly 1.3 per cent in Canada at this point,” Porter wrote in a note to clients.

“Exhibit A for why the bank can take its sweet time before raising rates. Canada’s inflation rate is now not only well below Britain and the U.S., but it is now also lower than that in China and the EU.”

But Jimmy Jean of Desjardins Capital Markets argued that while the inflation numbers are important, they won’t necessarily be definitive when it comes to next month’s rate decision.

Jean wrote in a research note that senior deputy governor Carolyn Wilkins recently indicated the weakness in core measures was consistent with the lagged impacts of past quarters, rather with the forward-looking focus of the bank.

Markets will be searching for more clues next week with scheduled public appearances by Poloz and deputy governor Lynn Patterson as well as the releases of the central bank’s business outlook survey and Statistics Canada’s gross domestic product numbers for April.

In Friday’s inflation report, the weakened pace for May was largely due to the slower year-over-year increase in gas prices, which rose just 6.8 per cent after climbing 15.9 per cent in April.

Gasoline, however, remained one of the biggest upward contributors to inflation last month despite the weakened price growth.

In other areas, prices declined in electricity, bakery products and Internet access services.

Last month’s 5.5 per cent fall in electricity prices was one of the biggest downward contributors and recent changes in Ontario’s hydro rates appear to have had an impact on the national number.

Compared to a year earlier, Statistics Canada said the price of electricity in Ontario fell last month by 16.1 per cent.

Ontario had promised to cut electricity bills by an average of 17 per cent and the reductions were scheduled to start taking effect in May.