Just days after the province of Ontario announced that it would introduce legislation this fall that includes zero tolerance for drug-impaired driving for several classes of motorists, an organization and insurer have launched a Drug-Impaired Driving Learning Centre (DIDLC). 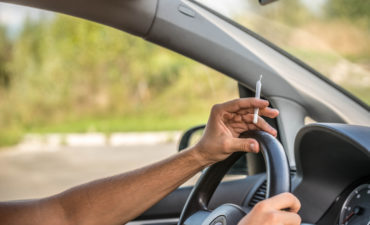 The Ottawa-based Traffic Injury Research Foundation (TIRF), in partnership with State Farm Canada, launched the centre on Tuesday, a web-based resource designed to share the latest research about the problem, increase awareness and inform the development of effective strategies to tackle it.

TIRF created the centre to support the efforts of governments and road safety stakeholders to prevent and reduce drug-impaired driving, the foundation noted in a press release. The resource, available at www.druggeddriving.tirf.ca, contains several modules – the problem, the effects of drugs on driving, laws & penalties, tools & technologies and prevention & education – and is structured in a user-friendly and accessible question and answer format. It also includes a variety of fact sheets that can be used by health professionals, teachers, parents and teens to increase knowledge and awareness about drug-impaired driving.

TIRF noted in the release that drug-impaired driving has become a top priority among governments, law enforcement and other road safety stakeholders in the past few years. “Increases in the proportion of drivers who self-report driving within two hours of consuming drugs, combined with increases in the proportion of drivers killed in road crashes who tested positive for drugs, warrant attention and concern,” the release said. “Public awareness of the impairing effects of many drugs is quite low, and strategies to reduce the prevalence of this problem are much needed.”

The effects of alcohol consumption on driving are widely acknowledged; however, much less is known about the effects of different drugs on driving, TIRF added. This, in combination with the “permissive attitudes” among young drivers towards marijuana and driving, suggests that work is needed to increase awareness about the risks, the release said.

“More public awareness and education about the impacts of drug-impaired driving are essential to combatting its consequences,” said John Bordignon, Media Relations State Farm Canada. “Recent State Farm surveys reveal about half of cannabis users that drive feel the drug does not negatively affect their ability to operate a motor vehicle. With impending legalization of recreational marijuana and the opioid crisis in parts of Canada, a factual, publicly available resource like the DIDLC is a valuable tool that can help prevent injury and save lives.”

Robyn Robertson, president and CEO of TIRF, suggested that the science of drug impairment is much more complex as compared to alcohol impairment. “The multitude and diversity of legal and illegal drugs, prescription drugs, and over-the-counter medications that can impair driving is substantial,” she said. “Moreover, the impairing effects of some drugs may vary based on user characteristics and the conditions under which drugs are consumed.”

Related: One in 10 polled Canadians admit to driving under the influence of marijuana, State Farm Canada survey finds

The good news is that research investigating drug-impaired driving has grown exponentially in the past few years, the release said. Studies exploring this topic have been conducted across many disciplines including road safety, justice, health and neuroscience to name a few. The bad news is that this rapid proliferation of research can make it challenging for decision-makers, governments, law enforcement and health practitioners to keep pace with the latest knowledge.

TIRF’s 2016 Road Safety Monitor on Drugs & Driving found that approximately 2.2% of drivers self-reported driving within two hours of using marijuana in 2016 compared to 1.6% in 2013. The foundation’s Alcohol and Drug Crash Problem in Canada 2013 Report found that:

On Monday, Ontario Premier Kathleen Wynne and Minister of Transportation Steven Del Duca announced plans for legislation this fall that would “increase the consequences and costs for those who drive under the influence of drugs, including cannabis.” The legislation is part of Ontario’s comprehensive cannabis plan, introduced on Sept. 8, that includes, among other items, oversight from the Liquor Control Board of Ontario of about 150 standalone cannabis retail stores.

For Ontario’s zero tolerance legislation, the new, tougher laws against drug-impaired driving will include zero tolerance for young drivers aged 21 and under; novice drivers – G1, G2, M1 and M2 (motorcycle) licence holders; and all commercial drivers.

“Zero tolerance means that drivers should not get behind the wheel if they have any detectable presence of drugs or alcohol in their system,” the Office of the Premier explained in a statement. “For cannabis, the federal government will be approving a screening device and setting the thresholds for detectable presence in the coming months.”