Western-based brokerage eyes expansion in Ontario and across Canada

B.C.-based brokerage InsureLine is looking to expand its unique franchise model to build its brand in Ontario and across Canada.

To meet this objective, the brokerage appointed Kevin McKinnon as vice president of franchise development in mid-February.

“My goal is to make InsureLine a familiar value offering to independent insurance brokers across Ontario by creating what I would call — and it’s early days right now — some awareness in social media,” McKinnon tells Canadian Underwriter in an interview Wednesday.

McKinnon says he is going to spend some more time with the brokerage’s marketing team to build out content for social media such as LinkedIn. And as COVID-19 restrictions continue to lift, InsureLine is looking to get teams appearing at broker-facing events.

Acknowledging that Ontario may not be as familiar with InsureLine as some western provinces, McKinnon says it’s about “getting out and communicating to the brokers what it is we truly offer and showing them that there is another channel in the marketplace, not just M&A. The most important delivery behind this is another opportunity to remain independent in the broker channel in Ontario.”

Currently, InsureLine operates in four provinces, British Columbia, Alberta, Manitoba, and Ontario, with its stronghold being in B.C. and Alberta, InsureLine president and CEO Aly Kanji says. The brokerage has one franchisee in Manitoba and three offices in Ontario. 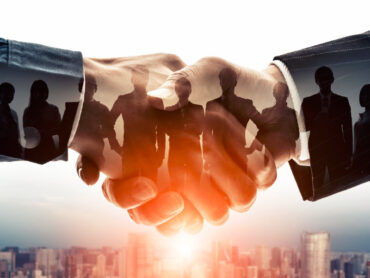 Is the brokerage looking to expand east of Ontario?

“The goal is to be from coast to coast,” McKinnon tells Canadian Underwriter, adding that outside of possibly Quebec, there are no constraints from a franchise model perspective. “The model is about finding the right independent owner who wants to grow their business that just needs the support on infrastructure, technology, [and] marketing. As their business grows, their equity grows. It doesn’t grow our equity, and that’s the important piece.”

Kanji says the franchise model allows a firm to be a “true independent brokerage” as they retain 100% ownership in their business. Every franchisee is a separate legal entity licensed with the regulator in their own jurisdiction with their own principal broker, nominee or equivalent. They have access to InsureLine’s market capacity, technology, marketing, and leadership.

“It’s a model that doesn’t exist elsewhere in the industry at a broker level,” Kanji says. “We don’t own a single share in the business. You own your own company; you own your book of business.

“If you’re running an insurance brokerage today, nothing changes when you come over to us, other than we take that technology off your plate, we manage the insurer relationships for you and… we’re now there to provide guidance and support.”

In addition to managing everything from email to broker management systems, website and web integration, InsureLine also provides franchisees with access to their own marketing agency to help with traditional and digital media.

InsureLine began nearly six years ago in response to consolidation in the marketplace. “It was becoming more and more difficult for small independent brokers to exist to survive,” Kanji says. “You really need scale to survive in today’s marketplace.

“It almost feels like the runway for your business is shortening, or the light at the end of the tunnel is getting dimmer,” he says. “What we want to do is create a business model where independent brokers can continue to survive and can continue to thrive.”