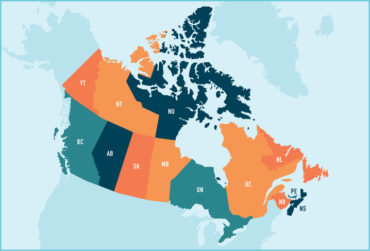 The High River, Alta.-headquartered Western completed its acquisition of Ontario-based Axion Insurance Services on June 19. The deal allows Western Financial to add 10 Ontario locations and approximately 60 insurance experts to its existing network of about 1,800 employees.

Given Western Financial’s rural roots, when the brokerage looked to expand in Ontario, it didn’t want to focus on “anything downtown Toronto,” Western Financial Group president and CEO Kenny Nicholls said in an interview. “Around the [Greater Toronto Area] and peripheral areas was exactly what we were looking for. It was just a great match.”

Axion is a full-service brokerage offering home, auto and commercial insurance. In addition to locations in the GTA, it has offices in Parry Sound, Port Perry and Ottawa.

“We want to learn about the Ontario market,” Nicholls said. “We’re not going there thinking we are going to bring our western knowledge and apply it and force it on Axion. That’s not how it works. We want to be open and make sure we do what we need to do in Ontario to cater to the customers that are there. That’s our overall mission.”

The deal will change operations, but it won’t alter a commitment to the broker channel, Nicholls said.

From a technology perspective, having a customer portal and insurer connectivity are Western’s top two priorities. “Although there’s a hard push in the digital realm, we want to use digital to our advantage, not to become a digital broker,” Nicholls said. “Because obviously that would remove the value that brokers provide in terms of advice.”

No decision has been made on rebranding, because “the last thing we want to do is just make quick decisions and reduce value,” Nicholls said. He added that with many of Western Financial’s previous transactions, most have been rebranded. That said, they kept the brand name of Coast Capital Insurance’s service division in B.C.

“Obviously, we want to make sure people recognize we are all part of the same group, but we will be putting time and effort in analyzing what is best and we’ll make that decision in due time,” Nicholls said. “We’re not just out there buying anything that’s available. We want to be strategic and deliberate about our expansion. These are not things you go out and rush into – we want to do it right.”

Western Financial named Axion’s Sam Issa as a regional director. During the transition, Western Financial will work with Issa, as well as Axion co-founders Mike Teixeira and Donna Grabowski.