What are Canadian insurtechs doing with their new venture capital funding?

A sharp rise in venture capital funding to Canadian fintechs has spawned investments in technology intended to improve property and casualty claims management, the insurance leader with PwC Canada suggests.

“There has been a broad-stroke move to have significantly more investment in new distribution channels, opportunities or related technology,” Keegan Iles, national insurance consulting leader for PwC Canada, said in a recent interview. “How do we provide more value – and often in a digital way – in the management of claims or the settlement of claims? How do we connect the customer with the ecosystem of various partners that the carriers have to work with to fulfill your claim in a more seamless or digital way?”

“If I go back to when I was in claims, 15-20 years ago, you would have said [to the client]: ‘Well, we have a preferred network of repairers, but go get me a couple of quotes and we will compare the estimates and then we will make a decision as to what we think is the best course of action to repair your vehicle,” Iles recounts. “There was a whole bunch of you running around on [the client’s] own time to facilitate that process.” 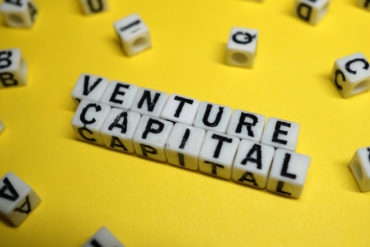 Now the P&C industry is trying to take advantage of sophisticated technology to make the claims management process faster, more accurate, and also to keep the customer updated on what is going on with their claim.

“That has been a challenge, because for the claims person to coordinate all those actions is difficult at the best of times,” said Iles. “It may be more difficult particularly if there is an injury or more complicated factors.”

Iles was commenting on MoneyTree, a recent report on venture capital deals in Canada released in February by PwC Canada and CB Insights.

MoneyTree does not include numbers specifically on insurtech, but Iles gave Canadian Underwriter some insight on what products and services venture capital-funded Canadian fintechs are offering in P&C insurance.

“It would be fair to say that most of the insurtechs, or broadly-speaking, fintechs, have really approached trying to unpack some of the challenges, from a customer’s perspective, with financial institutions or P&C carriers – really around the distribution conversations,” Iles said in an interview. “You see a lot of examples of people trying to move more online or offer insurance in a different way. That has perhaps been a bit of a struggle for some of the carriers.”