The government of British Columbia has announced it will be “removing lawyers and legal costs from the system” to lower public auto insurance rates by about 20%, a move applauded by the province’s brokers association but panned by trial lawyers.

Legislation will be introduced in the coming weeks that will lower Insurance Corporation of British Columbia (ICBC) premiums by approximately 20% – an average of $400 in savings per driver. There will also be a 0% basic rate change, effective Apr. 1. At the same time, maximum care and treatment benefits for anyone injured in a crash will increase to at least $7.5 million (24 times higher than today), the Ministry of Attorney General said in a press release Thursday. 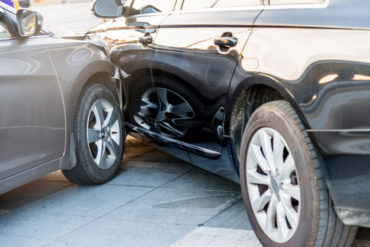 “These improvements will be achieved by removing the majority of legal fees and other costs associated with the current litigation-based system,” the government said. Legislation will be introduced in the spring 2020 session, with regulations to follow in fall 2020. If passed, these reforms would take effect May 1, 2021.

The government’s background information says that under its new ‘Enhanced Care’ model, “customers who still have complaints or disputes about their claim, benefit payments, or fairness issues will not need a lawyer to have them resolved.” Instead, they will have recourse through:

ICBC estimates its care-based model will remove $1.5 billion in costs in the first full year. The proposed legislation will also require ICBC, “by law, to assist every person who makes a claim and endeavour to ensure they receive all the care and benefits to which they are entitled.”

The Insurance Brokers Association of British Columbia (IBABC) said in an announcement to its members that ICBC’s move to a care-based system will “have tremendous benefits for consumers, as it puts the focus on helping crash victims get back to health without having to go through the court system and on helping bring premiums to an affordable level for British Columbians.”

IBABC and senior management are being briefed on the details of the government and ICBC’s plans with this change, the announcement said. “IBABC will also be involved to ensure brokers receive training materials and the appropriate support needed to continue to provide excellent service to Autoplan customers with this change.”

The Trail Lawyers Association of BC (TLABC) said in a release Thursday it is “deeply disappointed to see the provincial government’s announcement of a no-fault insurance scheme for British Columbia. Not only is this a broker 2017 campaign promise, this is an alarming move that puts injured and vulnerable British Columbians at further risk.”

TLABC president John Rice argued that the move rewards bad drivers and is a “deliberate taking away of the right of British Columbians to receive fair access to courts and fair settlement for those injured on our roads.”

Aaron Sutherland, the vice president of Insurance Bureau of Canada’s Pacific region, noted in a series of tweets that “moving to some form of no-fault does nothing to address ICBC’s internal operations and its failure to find efficiencies and innovations that save drivers money (online sales, per-kilometre insurance, etc.).” Generally with no-fault, he added, there is no ability to challenge in courts if you disagree with the level of benefit you’re getting. “This makes some feel it infringes on the rights of accident victims and their ability to recover physically and financially,” he said.

The B.C. government said that under Enhanced Care, a driver who is responsible for a crash will continue to be found at fault. “This will remain a primary factor in what drivers pay for their insurance. If a driver causes a crash, their premiums will go up. Those injured by dangerous drivers convicted of certain Criminal Code offences, such as impaired driving, will still be able to sue for additional compensation.”

And people will still have the ability to sue certain other non-motorist parties, such as a pub owner or vehicle manufacturer, for certain damages if their actions may have contributed to the injuries sustained in a crash.

The government said that similar care-based insurance systems exist in Manitoba and Saskatchewan, and those systems have kept rate changes steady, near 0%. The Enhanced Care model will also offer wage loss coverage 60% higher than today and new benefits (such as benefits for full-time students, caregivers, those working in the family business or those approaching retirement who suffer income loss following a crash – replacing lump sum payments that were previously awarded only through “lengthy and expensive litigation.”)

Editor’s Note: This is a developing story and will be updated as more information becomes available.