Two subrogated commercial claims, for a total of about $1.5 million, may be headed to trial in Ontario.

Among the issues are how Ontario’s Carriage of Goods Regulation applies to goods going in and out of province, and whether a business interruption subrogated claim filed after two years can still proceed.

On Sept. 9, 2016, a fire broke out during highway travel and damaged a trailer and AC Resonant Test System (RTS) unit owned by engineering and testing firm Kinectrics. The trailer and RTS unit was being transported by Don Anderson Haulage Limited.

The defendants argue the lawsuits are time-barred. But whether or not they are time-barred is an issue that should be determined at a trial, not by summary judgement, Justice Sanfilippo ruled.

In 2016, Fisker Logistics entered into a contract with Kinectrics to transport Kinectrics equipment from Toronto to Churchill Falls, Nfld. and back. Fisker subcontracted the work to Anderson Haulage. 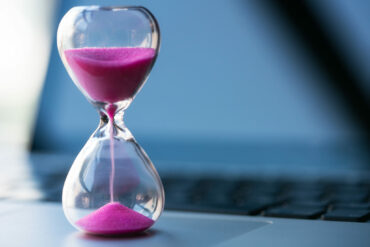 As a result of the fire, Fisker and Anderson Haulage were named in two separate lawsuits. Both were subrogated claims filed by separate insurers writing policies for Kinectrics. The Nov. 3 court ruling does not name the insurers but does say one wrote the cargo policy while the other insurer provided business interruption coverage on a commercial property policy.

The commercial property insurer was not able to get the cargo insurer to bring a motion to amend its statement of claim to plead the business interruption losses that the property insurer says it paid Kinectrics.

Ontario’s Limitations Act says “a proceeding shall not be commenced in respect of a claim after the second anniversary of the day on which the claim was discovered.”

A major issue in the case is which province’s laws should apply: Ontario or Newfoundland and Labrador.

Newfoundland and Labrador has a six-year statute of limitation where the claim is for damages for conversion or detention of goods. But like Ontario, the province has a two-year time limit on lawsuits arising from property damage due to tort, breach of contract or breach of statutory duty.

Based on the evidence, there no way to determine whether or not the contract is one that could give rise to a “conversion and detinue” claim, in which case there would be a six-year limitation period in Newfoundland, Justice Sanfilippo ruled.

Detinue is the unexcused failure to return goods on lawful demand of a person with superior title, the Manitoba Law Reform Commission noted in a separate paper, which was not on the Kinectrics Inc. v. FCL Fisker Customs & Logistics Inc. case.

In the Kinectrics case, there is also the question of where the alleged tort occurred and the nature of the cargo shipment, wrote Justice Sanfilippo.

Defendant Anderson Haulage argues the cargo shipment was a single two-way cargo shipment from Toronto to Churchill Falls, and then return. Kinectrics argues there were two separate contracts and bills of lading: one to Newfoundland and a second one for the return trip.

“In the hundreds of pages of moving and responding motion records and supplementary motion records, the parties did not tender into evidence any contract of shipment or any bill of lading or, in their absence, any documentary evidence pertinent to their formation,” wrote Justice Sanfilippo.

There are several other issues in the case. Among them is Anderson’s argument that the Ontario Carriage of Goods Regulation has the effect of limiting the liability of the property damage claim according to a prescribed value per weight of the cargo as opposed to its actual monetary value.